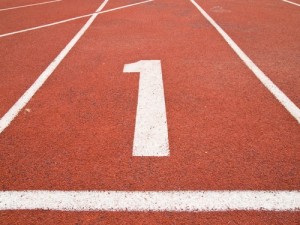 Last week, peHUB reported on what sources told us was the cause of some big-name GPs’ big-time problems—first-timers! First-time VC vintages have been gobbling up a substantial portion of LP capital, and as limited partners push away from the asset class—in part thanks to returns that haven’t paced well with public markets—sources predicted these new funds would increasingly compete with Silicon Valley mainstays for deals—and, for future LP commitments. Here are some highlights from the last few years.

The first fund for Mithril Capital Management, Mithril LP, named in fact thanks to Lord of the Rings, was a whopper. This one reeled in a stunning $402 million, according to Thomson Reuters data. But can you blame LPs for piling in? Thiel didn’t just know when to buy into Facebook—he also knew when to stop believing the hype.

Founded in 2011 with about $35 million in capital, according to Thomson Reuters data, PivotNorth has taken to the VC scene with a vengeance. They have been active, putting capital to use in Looker, ReadyForce and Booshaka.

Amazingly, CrunchFund continued to make more news after its launch than it did in the process by which Techcrunch head honcho Michael Arrington left AOL. Still, the split must represent a win for AOL, which backed CrunchFund. (Thomson Reuters’ data shows it gathered $20 million.) Deals? CrunchFund has been on a roll since its 2011 founding, backing Path, Inspirato, Tumblr, Codecademy, Square, foursquare, About.me and Kidaptive, to name a few of dozens.

At first, Chris Sacca’s Lowercase Capital only took on $8.5 million, but then it went for more, and more… Along the way, the new VC on the block also backed companies including Uber, Chartbeat, and Backupify.

First Round Capital veteran Charlie O’Donnell set up his own shop on the other side of the East River in 2012. Launching Brooklyn Bridge Ventures, O’Donnell took in $3.5 million in funding, according to Thomson Reuters data. Earlier this year, O’Donnell announced the VC was putting some capital into startup Editorially.