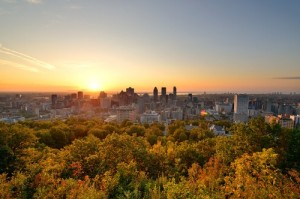 Ivanhoé Cambridge, the real estate investment arm of the Caisse de dépôt et placement du Québec, has promoted two of the company’s executive vice-presidents, Roman Drohomirecki and Claude Sirois, to the positions of co-chief operating officers. Ivanhoé also announced plans to invest up to C$300 million in real estate projects in Québec. Jean Laramée, the new senior vice president of Québec Real Estate Capital, will be responsible for this initiative.

Ivanhoé Cambridge announces organizational changes to strengthen its Canadian and international platforms, as well as its Quebec team

Daniel Fournier, Chairman and Chief Executive Officer of Ivanhoé Cambridge, today announced changes in the Company’s organizational structure, with three main objectives: to reassign operational responsibilities in Canada, to strengthen its Quebec team by adding specialized resources needed to manage a larger presence here and to better define its platforms in Europe, the United States and in emerging markets.

CANADIAN PLATFORM
Ivanhoé Cambridge is already a leader in Canada’s real estate sector with assets of $15 billion, including more than $5 billion in Quebec. Building on this strong presence, one of Ivanhoé Cambridge’s core priorities is to strengthen its positioning here and to encourage the growth of its activities and investments.

“With $35 billion in assets around the world now, and in light of the growing scope of our operations in Canada, we are revisiting our approach to this country,” Mr. Fournier said. “The appointments of Claude and Roman to these strategic positions confirm our strong preference for internal talent. We now have two strong, very experienced people, who know the organization and are respected by everyone, to head our largest platform, Canada. In this way, we will have an organizational structure that is well adapted to our needs; one that will enable us to better manage our assets by being closer to local markets and, consequently, to our tenants and partners.”

“We are very familiar with Quebec’s real estate market, which is a valuable competitive advantage that we want to fully capitalize on,” Mr. Fournier added. “We are convinced of the structuring potential of this initiative to generate attractive returns, while at the same time contributing to Quebec’s economic development. Jean’s solid knowledge and his well-established network in Quebec’s real estate market will unquestionably be assets in the implementation of this program.”

U.S. PLATFORM
Adam Adamakakis, Executive Vice President, Investments, will now focus on investment management and asset management in the U.S., in collaboration with Callahan Capital Partners. This is a market where Ivanhoé Cambridge wants to post strong growth. Mr. Adamakakis will report to Mr. Tresham.

Mr. Sirois will continue to chair the Board of Directors of the joint venture Ancar Ivanhoe in Brazil, which manages more than twenty shopping centres. He will therefore be able to provide his international colleagues with the added-benefit of his extensive experience in emerging markets and his in-depth knowledge of the Brazilian market.