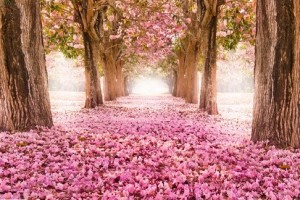 J.C. Flowers & Co., which is out fundraising, is considering a range of alternatives for retirement plan provider Ascensus Inc., sources said.

Options on the table include a sale, an IPO or a recap of the portfolio company, one of the sources said. Ascensus may choose to pursue a dual track process, where it seeks a buyer and makes arrangements for an IPO at the same time, the source said.

J.C. Flowers has hired Deutsche Bank to evaluate options for Ascensus, sources said. No decision has been made on what route the company will take. “No one has been contacted, no books have been sent out,” the source said.In fact, the robustness of the IPO market may prove too tempting and the Dresher, Pennsylvania-based retirement plan provider may go public, the source said. Ascensus did not return calls for comment.

Last week, Reuters news service reported that J.C. Flowers was exploring a sale of Ascensus and was seeking as much as $1 billion for the company. Ascensus produces around $70 million in EBITDA, Reuters said.

Ascensus’s EBITDA is actually higher, at $80 million, our source said. Ascensus “strikes me as a 10x to 12x EBITDA business max,” a banker said.

Fund IV in the market
J.C. Flowers’s sale of Ascensus comes as the financial services-focused private equity firm is out fundraising, two of the sources said. It’s not clear how much the firm is targeting for its latest fund. The PE firm raised $7 billion in 2006 for its second pool. Its third fund ended up at $2.32 billion in 2009, well short of its initial $7 billion target.

JC Flowers II is generating a -13.8 percent IRR and 0.44x total value multiple as of Sept. 30, according to performance data from the Oregon Public Employees Retirement Fund. Performance data for Fund III was not available.

The firm is “under pressure to make (Ascensus) a big win,” the banker said, pointing to the poor results of Fund II and the fact the firm is trying to raise more money.

Once considered the most successful investment banker ever, J. Christopher Flowers, managing director and CEO, hit bumps with his private equity firm. J.C. Flowers invested in MF Global, the futures broker that went bankrupt in late 2011. The PE firm’s 25.6 percent holding in HSH Nordbank was reportedly “heavily diluted” in 2009 when the shipping lender required a public sector bailout. And the firm’s stake in Germany’s Hypo Real Estate was nearly all wiped out in 2008, according to press reports.

This isn’t the first time J.C. Flowers may seek a buyer for Ascensus. The PE firm tried to sell the company in 2012. At the time, the much smaller Ascensus, which produced about $25 million to $35 million EBITDA, was expected to fetch $300 million. The firm was in talks with a PE firm but pulled the deal at the last moment, peHUB has reported.

In January, Ascensus paid out a $100 million dividend to its shareholders, which included J.C. Flowers.