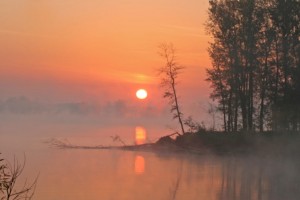 This is Karishma Vanjani, filling in for Sarah Pringle, who managed to confirm a vet care industry scoop while vacationing in the Caribbean.

The deal, signed over the past few days, commanded an enterprise value of $1.65 billion, some of the people said. People familiar with the Bank of America Merrill and Lynch-run sale process previously placed Ethos’ marketed adjusted EBITDA at around $60 million; however, sources added that estimated 2022 EBITDA is in the mid-$70 million range.
Upon completion of the transaction, the shareholders in Ethos will roll a portion of stock into NVA, sources said.

The Bigneat deal, closed last Thursday, will nearly double the size of Caron and expand its presence in Europe. Both Caron and Bigneat are growing at excess of 25 percent this year, Ahmad Sheikh, partner at SFW told me over a call on Friday.

SFW had reached out to Bigneat before acquiring Caron in January. “Once we made the announcement of Caron public, they [Bigneat management] reached back to us saying ‘now we understand why you were reaching out to us,'” Sheikh said, speaking from Connecticut.

While Caron’s product line is used in stability testing for vaccines, Bigneat plays a role in covid-19 detection. “Whenever you have an automated robot doing PCR testing in labs, Bigneat’s products are used in that,” Sheikh said. Both the companies have a similar customer base and a fair amount of engineering overlap as well.

Looking ahead, SFW will continue to acquire companies that make products next to Caron’s on the laboratory shelf, Sheikh said. Read the brief on PE Hub.

Aerospace and defense deal: Much like SFW, Vance Street Capital has embarked on a buy and build strategy with its newly launched defense electronic platform, Spectra A&D Holding.

The firm bagged Galleon Embedded Computing, a solutions provider to the military. The deal – to be announced today – will extend capabilities for Spectra A&D Holding.

Vance Street’s goal with Spectra was to create a platform that could provide an array of data capture products used in military aircraft. The proprietary products are able to record, process, route and ultimately display mission-critical data. “We formed Spectra with the clear strategy and directive that this was going to be buy and build,” said Nic Janneck, principal at Vance Steet.

Read my story on PE Hub.

Tell me what’s happening on ground zero? At a summer BBQ event yesterday, I met a PE firm recruiter. The source tells me that most firms are aggressively hunting for diverse talent – especially women. While this isn’t new (something I’ve heard from another recruiter as well), I’m wondering about other efforts by PE firms to incorporate diversity in their firms.

That’s it for today! Do you want to talk about deals, share news around a new hire or just say hello? Hit me up at karishma.v@peimedia.com.