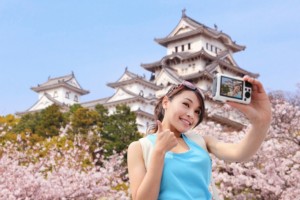 Japan Bank for International Cooperation (JBIC) and Sumitomo Mitsui Trust Bank said they have agreed to invest in CVC Capital Partners Ltd’s CVC.UL fourth Asian fund, which is seeking to raise around $3 billion.

The agreement is the first investment in a traditional private equity buyout fund for JBIC, and comes as Japanese banks and insurers increasingly look overseas for opportunities as they battle slow growth in their home markets.

London-based CVC plans to invest the fund in companies across the region, in countries such as Indonesia, Malaysia, the Philippines and China.

JBIC, a Japan government-backed bank which invests in infrastructure and social development programs, and Sumitomo Mitsui Trust Holdings (8309.T), have agreed to invest up to $50 million each in the fund, the banks said in separate statements on Monday.

“Having JBIC as a partner will raise CVC’s profile in Japan, and potentially help CVC to sell portfolio companies to Japanese investors,” said a source with direct knowledge of the private equity firm’s strategy.

The private equity firm is stepping up its presence in China. Recent deals include a buyout of dumpling chain Da Niang Dumplings Limited and the purchase of a majority stake in high-end restaurant chain South Beauty for around $300 million.

CVC has secured commitments of around $3.3 billion from investors for the latest Asia fund, which began raising money in June last year, and is deciding whether to increase the size of the fund, said the source. CVC declined to comment.

CVC’s previous Asia fund was $4.12 billion in 2008, but the firm scaled back its latest effort after some heavy losses, including $1.8 billion on Australian TV network Nine Entertainment, the biggest ever private equity loss in Asia.

The source declined to be identified as details of the fundraising were private. ($1 = 102.3800 Japanese Yen)