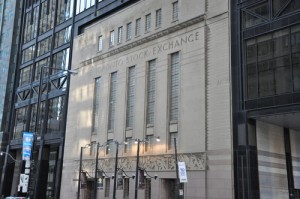 A number of shareholders of Ottawa, Ontario-based Halogen Software Inc. (TSX: HGN), a provider of cloud-based talent management products, have agreed to sell shares on a bought deal basis for gross proceeds of about $21 million. Included in this secondary equity offering is U.S. venture capital firm JMI Equity, which has backed the company since 2008. Halogen completed its IPO on the Toronto Stock Exchange in May 2013.

TORONTO, Aug. 21, 2013 /CNW/ – Halogen Software (TSX: HGN) (“Halogen” or the “Company”) announced today that certain of its shareholders including JMI Equity Fund VI, L.P. (“JMI”), Michael Slaunwhite (and together with his Affiliates “Slaunwhite”), and certain other shareholders, including members of Halogen’s executive team (collectively, with JMI and Slaunwhite, the “Selling Shareholders”) have entered into an agreement to sell to a syndicate of underwriters led by Canaccord Genuity Corp. (“Canaccord Genuity”) and Stifel Nicolaus Canada Inc. (“Stifel”) (collectively, the “Underwriters”), on a bought deal basis, 1.5 million Common Shares (“Shares”) at a price of Cdn$14.00 per Share for gross proceeds to the Selling Shareholders of approximately Cdn$21.0 million (the “Offering”). JMI has also granted the Underwriters an over-allotment option to purchase up to an additional 225,000 Shares on the same terms and conditions, exercisable at any time, in whole or in part, up to 30 days after the closing of the Offering. The Offering is expected to close on or about September 13, 2013 and is subject to customary conditions, including regulatory approval.

The Shares will be offered by way of a short form prospectus to be filed with the securities commissions and other similar regulatory authorities in each of the provinces and territories of Canada, pursuant to National Instrument 44-101 – Short Form Prospectus Distributions.

Halogen Software (TSX: HGN) offers an organically built cloud-based talent management suite that reinforces and drives higher employee performance across all talent programs – whether that is recruiting, performance management, learning and development, succession planning or compensation. With over 1,750 customers worldwide, Halogen Software has been recognized as a market leader by major business analysts and has garnered the highest customer satisfaction ratings in the industry. Halogen Software’s powerful, yet simple-to-use solutions, which also include industry-vertical editions, are used by organizations that want to build a world-class workforce that is aligned, inspired and focused on delivering exceptional results. For more information, visit: http://www.halogensoftware.com. Subscribe to Halogen Software’s Exploring Talent Management blog: http://www.halogensoftware.com/blog/ or follow Halogen Software on Twitter: https://twitter.com/HalogenSoftware.

This press release contains forward-looking statements with respect to Halogen and its operations, strategy, financial performance and financial condition, as well as with respect to the Offering. These statements generally can be identified by the use of forward-looking words such as “forecast”, “may”, “will”, “would”, “expect”, “estimate”, “anticipate”, “intend”, “believe” or “continue” or the negative thereof or similar variations. The actual results and performance of Halogen discussed herein could differ materially from those expressed or implied by such statements. See the risk factors in the public filings of Halogen. Such statements are qualified in their entirety by the inherent risks and uncertainties surrounding future expectations. Some important factors that could cause actual results to differ materially from expectations include, among other things, general economic and market factors, competition, the failure to receive any required approvals or consents in connection with the Offering, the failure of Halogen to satisfy the conditions of the Offering or otherwise close the Offering and changes in securities or other laws or regulations or the application thereof. The cautionary statements qualify all forward-looking statements attributable to Halogen and persons acting on its behalf. The assumptions made in making forward-looking statements are referred to in the public filings of Halogen. The assumptions made in making forward-looking statements in this press release also include the assumption that Halogen will be in a position to satisfy the conditions in respect of the Offering. Unless otherwise stated, all forward-looking statements speak only as of the date of this press release. Except as required by applicable law, Halogen specifically disclaims any obligation to update or revise any forward-looking statements, whether as a result of new information, future developments or otherwise. Additional information about these assumptions and risks and uncertainties is contained in Halogen’s filings with securities regulators, including its Prospectus and other filings on SEDAR. These filings are also available at Halogen’s website at www.halogensoftware.com.