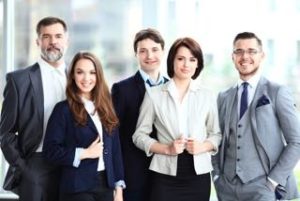 More than one-third, or 39 percent, of investment banking analysts preferred to work at a private equity firm once they leave their IB position, according to the survey by Long Ridge Partners, a New York executive search firm that mainly places executives at alternative investment firms like private equity, hedge funds and investment managers. About 37 percent of those surveyed chose hedge funds over PE firms.

Investors in hedge funds can pull out after one year if the lockup period has expired, Goodman said. “That doesn’t occur in PE which typically has seven- to 10-year lockups on their investor capital,” he said.

Long Ridge Partners surveyed 100 IB analysts across the country in the fourth quarter. Half, or 51 percent, of those questioned were in their second year of the IB analyst program. Nearly one-third, or 27 percent, were in their first year, while 22 percent were in their third year.

Private equity and hedge funds are recruiting IB analysts much sooner, many in the first six months of the analyst program, Goodman said. Nearly all, or 84 percent, of IB analysts questioned said they were open to leaving the program early.

Long Ridge found that only 9 percent of those analysts questioned wanted to stay at the investment bank.

Brian Rich, managing partner and co-founder of Catalyst Investors, said he wasn’t surprised by the results. He noted that investment banking jobs have fallen out of favor with younger people. Those candidates that do take banking jobs typically use the position to get trained and then move on, he said. “What do to after IB, but before B-School? Well, PE is a great alternative,” Rich said.

“Besides, who wouldn’t want to be in VC/PE?” he added.

In private equity, the typical path is for candidates to complete a two-year investment banking analyst program. They then often secure a position at a PE firm as an associate.

Most PE firms expect associates to leave after two years and return to business school, Goodman said. Some firms, typically the larger ones, sometimes promote candidates to VP without the need for B-school. “Those are exceptions,” he said.

Pay for a private equity can be enticing. Base salary for associates can range from $100,000 to $150,00 in their first year, while bonuses can be anywhere from $100,000 to $150,000, Goodman said. While the compensation is good, he cautioned that associate work “is a lot of heavy lifting.” This can include research, due diligence as well as building and maintaining detailed financial models of different companies.

Still, “It’s a more exciting job than banking,” he said.