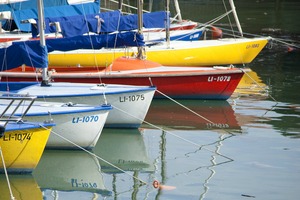 (Reuters) – A new U.S. law to help small firms raise capital is boosting the number of European companies looking to list in the United States after a decade deterred by tougher regulation in the wake of scandals such as the Enron fraud.

With stockmarkets in Europe buffeted by the euro zone debt crisis and seeing few initial public offerings of note over the last nine months, some Europeans were already beginning to look across the Atlantic, but the Jobs Act is providing extra pull.

“We may see an unexpectedly large flow of European companies going to the U.S. in the second half of 2012 and early next year,” Reinout Koopmans, co-head of European Equity Capital Markets at Jefferies, told Reuters.

“It is rare to have a discussion about a listing now where the U.S. question is not raised. Everyone is at least asking the question, because the Jobs Act has made it more attractive.”

European interest in floating in the United States had slowed after the Sarbanes-Oxley Act of 2002, which introduced rigorous disclosure and audit requirements to combat corporate scandals like those at Enron, Tyco International and WorldCom, which cost investors billions of dollars.

The Sarbanes-Oxley regulations were among the most burdensome rules in the world for would-be issuers due to the high costs of compliance and the potential restatement of financial reports.

Under the Jobs Act, so-called emerging growth companies – those with less than $1 billion in annual revenue – are exempt from an outside audit of internal controls for up to five years.

They can also now engage in “testing the waters”, which allows them to gauge investor interest in a potential offering before a registration statement has been filed with the U.S. Securities and Exchange Commission (SEC). This practice, also known as pilot-fishing, is already common in Europe, but had been limited in the United States.

Another key change enticing European companies is that the Jobs Act gives emerging growth companies the ability to file their listing documents with the SEC confidentially.

Confidential filing enables a company to resolve any regulatory issues out of the public eye. It also means a company can more easily pull an offering, if need be, without the stigma attached to a withdrawal.
“Foreign issuers are probably more excited about the Jobs Act than U.S. issuers are, particularly because of the confidential filing,” said Anna Pinedo, a New York-based attorney with Morrison Foerster.

“A lot of them just aren’t sure whether or not there’s a U.S. market for their securities and whether they’ll be received well.”

Traditionally the trickle of European companies to the United States has been dominated by those from the tech sector, which in 2011 accounted for around 60 percent of the funds raised by Europeans floating on U.S. exchanges, according to Thomson Reuters data.

This is driven by New York’s reputation as a listings hub for tech companies, with companies wanting to float where their peers are trading and investors in the United States seen as having a better grasp on the sector, potentially boosting valuations.

Last year just eight companies in the high-technology sector floated on European exchanges, raising a total of $133.6 million, compared with more than $11 billion raised from 40 high-tech listings on U.S. exchanges.

The Jobs Act is set to add to this trend. British vacuum technology firm Edwards Group, which pulled a planned London listing last year, is due to price its Nasdaq IPO next week.

Emailvision declined to comment on the company’s IPO plans. Adconion Media Group could not be reached for comment.

Lawyers and bankers preparing IPOs say that post-Jobs Act they are also seeing much broader interest, with non-tech companies in Benelux, the Nordics, Spain and Italy among those considering the United States. Any company with material business there and a strong growth profile could list in New York, bankers said.

Karen Dempsey, a San Francisco-based partner at Orrick, Herrington & Sutcliffe LLP, said the number of companies exploring a U.S. IPO since the Jobs Act was passed had come from a wider geographical range than previously.

“We are starting to see increased interest from emerging companies in certain parts of Eastern Europe as well,” she said.

Eastern European companies raised a third of all IPO proceeds in Europe, the Middle East and Africa in 2010, and a quarter in 2011, so European bourses angling to land more business from the region – principally the London and Warsaw exchanges – might need to improve their bait.

(Reporting by Kylie MacLellan and Olivia Oran; Editing by Will Waterman)