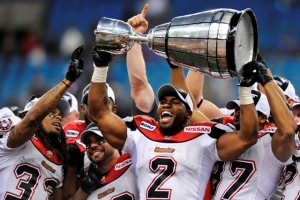 JOG Capital, a Calgary-based private equity firm focused on the energy sector, is weeks away from capping its sixth partnership, peHUB Canada has learned.

The firm, founded in 2002 by former pro football player Donald Cowie, confirmed that JOG LP VI has so far secured new capital commitments totaling $510 million, or already 57% more than the $325 million it raised in total for JOG LP V in 2011. Once completed, the new fund will brings JOG’s total assets under management to more than $1 billion.

According to the firm, backers of the new fund are a mix of endowments, family offices, pension funds and other institutional investors located in North America and Europe, though the majority are U.S.-based.

JOG invests in junior exploration and development companies active primarily in light and medium oil reserves and natural gas plays of the Western Canadian Sedimentary Basin. These tend to be early-stage ventures operated by entrepreneurial management teams with track records, and very often teams that have previously been backed by JOG. 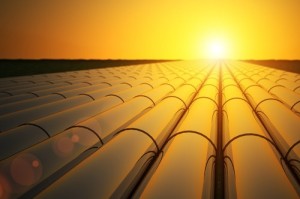 JOG looks for opportunities for exploiting new technologies and demand for proven energy reserves which permit the rapid growth of portfolio companies and monetization within three to five years. Company capitalization levels typically range from $75 million to $150 million, with JOG acquiring non-controlling equity positions of 15% to 50%, as well as board seats.

Cowie, JOG’s president and founding partner, is one of 10 investment professionals employed by the firm. His previous experience includes a 10-year stint as head of energy investment banking in the Calgary office of Bank of America. Before then, he played a key role in establishing and directing two junior oil and gas companies. Before turning to business, Cowie played defensive back for the Calgary Stampeders in the late 1970s.

JOG completed eight investments under the auspices of Fund V. Last year, the firm’s deal-making included an investment in New Star Energy Ltd., a light-medium crude oil and natural gas company with operations west of Edmonton. JOG was also a backer of Red River Oil Inc., which has acquired light-oil assets located in Manitoba and Saskatchewan. New Star and Red River are both private companies formed in 2012.

The final close of JOG LP VI will come roughly a year after the $1 billion close of ARC Financial Corp.’s seventh partnership, ARC Energy Venture Fund 7 — the largest Canadian energy-focused PE fund-raising event on record. Another major PE firm that is active in the sector, KERN Partners, has also confirmed plans to hit the fund-raising trail before the end of 2013 with KERN Energy Partners IV Fund.

That’s welcome news to Canada’s oil and gas sector, which is facing an unprecedented scarcity of capital, according to ARC’s chief economist and managing director Peter Tertzakian. In a recent article titled A Privileged Trough of Capital Reflects Change, Tertzakian states that public energy company financings are at a 10-year low.

Tertzakian told peHUB Canada in an interview that he believes macro issues, such as price differentials, low prices and access to markets, have encouraged risk aversion among investors. And yet, Canadian energy businesses are making substantial expenditures – an estimated $54 billion this year – in large part by re-investing every dollar of cash flow.

This spending, says Tertzakian, has been facilitated by PE firms like ARC, JOG and KERN, as well as U.S.-based and other foreign firms, which have filled some of the vacuum created by reluctant public investors. Another vital PE source is institutional investors, such as the Canada Pension Plan Investment Board and Ontario Teachers’ Pension Plan, which have become increasingly active in the sector.

Tertzakian says that PE can’t fill the entire gap, however, as “this quieter source of capital” is “highly selective” about its entrepreneurial opportunities and does not provide expansion capital to the broader oil and gas sector.

Additionally, energy-focused PE firms have their own challenges in this environment, he said. Today’s new oil and gas ventures have “much higher up-front capital needs” because they begin at a greater scale and level of sophistication than in past. And while PE firms are often in competition with public investors, they also need alternative sources of capital to help move portfolio companies to later stages of growth.