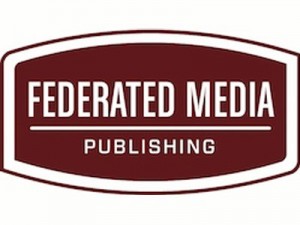 Almost exactly two years after John Battelle stepped aside as the CEO of Federated Media Publishing — the San Francisco-based digital media firm that helps companies market their brands through Websites, blogs and social networking applications — he is returning to the post, the company announced moments ago.

In February 2011, Battelle, who founded the company, said he was transitioning into the role of executive chairman and handing over the role of CEO to the company’s then chief strategy officer, Deanna Brown. At the time, Battelle said the move had been in the works for more than a year.

Today, Brown — who has held executive roles at Yahoo, AOL, and Scripps Interactive and was brought in as Federated’s COO in 2009 — is leaving the company, because, Battelle says in his blog, she wanted to “move on and do something smaller and more directly related to content creation.”

Battelle adds that the board had already spent roughly a month discussing possible replacements for Brown, when it “hit me – quite literally in mid-sentence while on a Board call. Why the hell don’t I simply step back in? I love this company, I am passionate about the Independent Web, and to be honest, I see a huge opportunity in front of us. What am I, nuts? Why didn’t I think of it the moment Deanna told me of her decision?”

Federated has seemed a company in flux for some time, laying off two dozen sales employees last year to focus on programmatic buying, after noticing that it’s directly sold ad business was beginning to underperform. (Programmatic buying describes online display advertising that’s aggregated, booked, analyzed and optimized through sophisticated software and algorithms and happens through a real-time bidding or auction process.)

As AdWeek noted in November, directly sold banners represented just 11 percent of Federated’s revenue in 2012, down from 15 percent the previous year. Meanwhile, programmatic buying and native advertising had come to represent 89 percent of the company’s revenue by late winter of last year.

Federated has raised nearly $60 million from investors over the last seven years, including a $50 million round led by Oak Investment Partners and including Omidyar Network in April 2008.