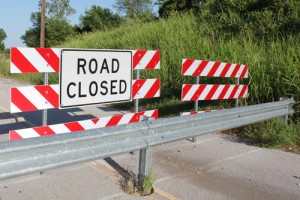 The auction of JP Morgan Chase’s private equity business, One Equity Partners, in the market since at least November, has hit an impasse, according to three people with knowledge of the situation.

Two people close to potential buyers said the bank “pulled” the business off the market, according to sister website peHUB. Another source, active in the secondary market but not directly involved with the process, described the auction as stalled after the bank increased its asking price.

“The bid/ask spread has widened dramatically,” the secondary professional said. “It’s hard to imagine someone stretching to that level. There’s a lot of disappointed buyers.”

Sources said the bank could revive an auction of One Equity at any time. “The question is, do they try and come back six months from now, or never?” one source said.

A spokesperson for JP Morgan Chase declined to comment.

The bank announced last July it was spinning off One Equity, its last remaining private equity operation, because the unit was not core. JP Morgan Chase was not under regulatory pressure to sell: One Equity would not be affected by the Dodd-Frank financial reform law, which restricts the ability of bank holding companies to own and operate private equity groups, sister news service Reuters reported last year.

Potential buyers were bidding for a portfolio of buyouts and growth equity investments valued at more than $4 billion, according to sources. The winning bidder was also expected to contribute to a new fund the team would raise as an independent firm.

As part of the deal, One Equity, which has been investing in off the bank’s balance sheet, wanted $1.5 billion to $2 billion in funding for new deals, Dow Jones reported in November.

Without a deal in place, One Equity team would likely have to move forward without any new capital from the bank. One Equity is drawing from “outstanding capital commitments” from the bank until starting its next fund, which would be raised from external investors, according to One Equity’s website.

The group is led by Dick Cashin, who founded the group in 2001. Since then, One Equity has managed $14 billion in total investments and committed capital for JP Morgan Chase.

The bank has shed its other private equity groups over the years. JP Morgan Partners spun out into independent firm CCMP, and Corsair Capital, which the bank formed in 1993 to invest into opportunities created by the savings and loan crisis, spun out in 2006.