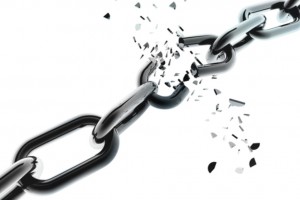 One Equity Partners, which manages $4.5 billion of investments, will raise its next investment fund externally rather than from JPMorgan, becoming similar to stand-alone private equity firms that pool funds from a variety of investors.

One Equity Partners is not core to JPMorgan’s business and is being separated as the bank looks to simplify its operating structure, according to a source close to the bank.

Private equity is a small part of JPMorgan’s business. In the first quarter, the unit posted a loss of $182 million, compared with a profit of $134 million a year earlier.

One Equity Partners will continue to manage existing portfolio companies for the bank, including the travel technology firm Travelport and the healthcare firms M*Modal and Wright Medical Group.

The private equity business has become less appealing in general to banks because of the 2010 Dodd-Frank financial reform law, which includes limits on banks’ investing their own money in such funds. The Volcker rule, named after former Federal Reserve Chairman Paul Volcker, is expected to prevent banks from contributing more than 3 percent of any new private equity funds they raise.

However, the Volcker rule, which is still being finalized, would likely not apply to One Equity Partners. Since the unit was funded entirely by JPMorgan, with no client money, it likely would have been regulated by merchant banking laws instead.

“It would seem that if they wanted to continue this activity they could likely do so, even if it needed a little restructuring,” said Joseph Vitale, a financial services partner at law firm Schulte Roth & Zabel.

In its annual filing, JPMorgan said it had ceased some proprietary trading activities during 2010 that would be prohibited under the Volcker rule and has since exited substantially all such activities.

Founded in 2001, One Equity has invested about $9 billion to buy more than 60 companies in sectors including chemicals, healthcare, technology, travel and manufacturing. It typically invests between $50 million and $500 million in a single deal.

JPMorgan shares were down 1.4 percent at $53.41 in midday trading on the New York Stock Exchange.