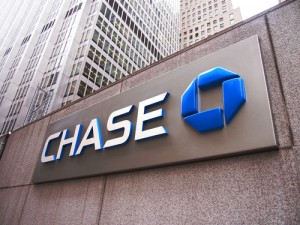 But costs also ran higher than expected in some of its business units, with compensation, technology and marketing expenses all up compared to the third quarter of 2013. The bank may breach its annual expense target of $58 billion this year, Lake said, but she attributed the higher costs to unexpectedly strong business growth.

“We continue to be focused and diligent on managing expenses,” she said on a conference call with analysts. “Although our third-quarter adjusted expense may appear elevated in comparison to our full-year target of $58 billion, it was substantially driven by higher market performance versus our earlier expectations.”
JPMorgan’s shares dipped 0.1 percent at $58.10, even as the broader stock market was up.

JPMorgan suffered a technical embarrassment on Tuesday when its results appeared on website shareholder.com hours ahead of their scheduled release. The site is reached through JPMorgan’s investor relations page.

Overall, JPMorgan earned $5.6 billion, or $1.36 per share, for the quarter, compared with a loss of $380 million a year earlier. Analysts expected earnings of $1.38 per share, according to Thomson Reuters I/B/E/S.

‘MODEL OF STABILITY’
Chief Executive Officer Jamie Dimon told reporters on a conference call that the bank was seeing “a broad-based recovery,” in the United States, and that he did not expect slowness in Europe to halt growth at home.

Dimon said a recent uptick in volatility has helped JPMorgan’s capital markets businesses, like trading and advising on initial public offerings. However, products that deliver more stable earnings in its retail bank, like credit cards and commercial loans, were not affected by the brief market swings, he said.

The quarterly report was the bank’s first since Dimon, 58, underwent radiation and chemotherapy for throat cancer. The illness has raised questions about who might succeed him if he steps down.

Dimon said his health prognosis remained “excellent,” allowing him to maintain a busier schedule, but he added he was still monitoring his health with regular doctor check-ups.

In the third quarter of 2013, JPMorgan was hit by an after-tax expense of $7.2 billion to settle government allegations of wrongdoing related to mortgage instruments before the financial crisis. The $1 billion after-tax legal expense last quarter reflects JPMorgan’s best estimate of how much foreign exchange probe settlements will cost, as well as some other items, CFO Lake said.

Revenue from fixed-income, currency and commodity trading rose 2.1 percent to $3.51 billion in the latest quarter compared with a year earlier, and was also slightly higher than in the preceding quarter.

“Growth is modest. The headline numbers have come out slightly below expectations, but the model of stability is there, and that’s ultimately what you want from a bank,” said Simon Maughan, head of research at financial analysis firm OTAS Technologies in London.

The bank did not provide a figure for costs related to an attack on its computers that was discovered in August, which exposed the names and contact information of some 76 million households and seven million small businesses.