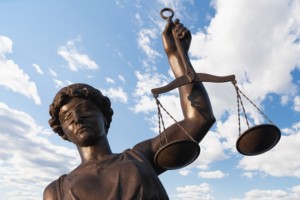 A U.S. District Court judge is scheduled next month to consider dismissing a suit filed against GTCR by Universal American Corporation for allegedly providing misleading information about the financial condition of APS Healthcare prior to its agreeing to buy the company from GTCR.

In court documents in support of the motion to dismiss, GTCR and other defendants wrote that Universal ‘s “fraud and breach of contract claims are belied by the fact that it entered into this transaction with its eyes wide open and armed with a team of sophisticated advisors who probed all aspects of APS’s business in an extensive due diligence process.” Defendants filed the motion in December.

Universal sued the Chicago buyout shop and other defendants in October for what it called the “fraudulent sale” of APS, according to the complaint. The defendants, including the firm’s former healthcare investment co-head David Katz, allegedly embarked on a “ systematic course of material misrepresentations and omissions calculated to camouflage the truth” about the state of APS during due diligence, Universal American said in the complaint.

Alleged misrepresentations range from failing to disclose that a contract with the company’s largest customer was in default, that a supposed pipeline of new business was a “concoction,” that APS didn’t fully own a software program it claimed it owned, and that certain earnings projections presented by the company turned out to be “grossly overstated,” the complaint said.

“The ugly truth about APS’s business began to emerge as all of these representations (and many others) turned out to be false and misleading,” according to the complaint. “These disastrous results were not a product of happenstance. Rather, defendants engaged in a deliberate campaign to conceal the truth about APS prior to the close of the transaction.”

GTCR, however, argues the buyout occurred amid a “fundamental shift” in the business model of both Universal and APS, according to court documents in support of it motion to dismiss. Both were struggling to adapt to the shift, according to GTCR, and Universal believed buying APS would help it better succeed in the changing environment.

“Unfortunately, things did not work out as either Universal or the defendants here would have liked,” GTCR said in the documents. “Rather than accepting that its calculated risk did not pay off and focusing on the future development of APS, [Universal] searched for a scapegoat for its losses.”

Also, Universal should not have taken the budget projections so literally, GTCR claimed. “Budget projections are exactly the sort of uncertain, forward-looking statements that cannot give rise to fraud claims,” the documents said.

GTCR also said Universal has not proven that Katz, or any other GTCR defendant, had knowledge of or culpably participated in that alleged fraud.

Attorneys for both sides did not return calls and requests for comment.