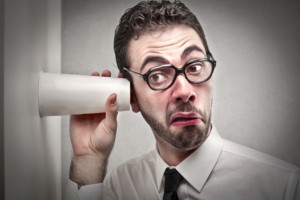 Deal activity in the private equity secondary market this year has been a controversial topic – the overriding opinion being that deal activity has been slow from late last year through the first half. That idea was solidified by Cogent Partners, which published its first-half secondary report over the summer showing about $7 billion worth of transaction volume.

However, some secondary market professionals (namely those who work in the smaller end of the market), have consistently told me they have been as busy as ever this year. Their deals, unlike splashy headline-grabbing portfolio sales, involved sellers looking to offload small stakes, even individual fund interests, in quiet transactions.

It would seem this side of the market has been humming along, even as the larger end of the market stalled out in the second half of 2012, and continued to drag through the first half.

Now come numbers that would appear to bear this out. Setter Capital, a secondaries market intermediary based in Toronto, has tallied about $15 billion of deal volume in the secondary market in the first half. The firm is forecasting around $34 billion total in deal activity this year, putting it well above Cogent’s estimate. Setter says it had its busiest first half, with $2.1 billion in transactions.

Setter says it conducted a survey of more than 100 active buyers in the secondary market and got 45 percent participation rate. The firm even included some participants’ identities in the report, including Adams Street Partners, HarbourVest Partners, Landmark Partners, Pomona Capital, W Capital Partners, Canada Pension Plan Investment Board and AlpInvest.

This is Setter’s first time running the survey. The firm arrived at the $15 billion number by pro-rating the $6.7 billion in total first-half volume reported in the survey to “the entire universe of active buyers, including those who did not respond.” Setter believes the $15 billion figure could be too low as the calculation did not include “more than 1,000 opportunistic and non-traditional buyers … whose activity as a whole may be significant.”

Peter McGrath, a managing director at Setter Capital, says the findings show the secondary market is likely much larger than has been assumed in the past.

“In the week following the release of the survey, many buyers contacted us to discuss the results and it seemed each day we would find out about another large transaction we had not been aware of from the first half. The reality is many sellers feel confident selling funds and sometimes portfolios without the need for a full-blown auction,” he told me recently. “The broader market never knows about these sales by design.”

Naturally, not everyone agrees with the findings. One buyer in the secondary market told me the final tally is likely to come in around $20 billion or so, closer to Cogent’s estimate.

What everyone seems to agree on is the potential for the market to explode in deal activity in the final months of this year, including both large portfolio trades, smaller transactions and GP fund restructurings. Setter predicts more than $30 billion, while Cogent says around $18 billion to $20 billion – maybe it’s safe to assume somewhere in between?