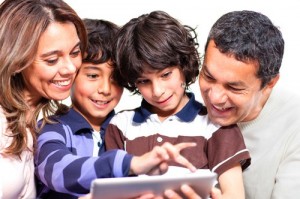 Just Be Friends, a Kelowna, B.C.-based interactive social education platform that helps families and children connect, has raised $650,000 in seed-stage funding. The startup, founded in early 2013, is being backed by private investors, the Southern Interior Development Initiative Trust, and the National Research Council of Canada. Just Be Friends is currently a client of regional accelerator Accelerate Okanagan.

Just Be Friends(TM) Secures $650,000 in First Round of Fundraising

KELOWNA, BRITISH COLUMBIA–(Marketwired – Aug. 6, 2013) – Less than six months after launching, and before it’s made any money, a technology start-up company that’s working to connect families and build community has already secured $650,000 in funding and some high profile mentors.

Just Be Friends™ (jbfkids.com) is an interactive social education platform that helps families and children connect, with each other and with their community. Launched in beta last spring, jbfkids.com lets parents create a family profile and get matched up with other families. By promoting healthy, positive relationships and bringing like-minded parents and kids together in a safe, online environment, Just Be Friends™ works to unite people and change lives, one friendship at a time!

“I’m humbled by the incredible support Just Be Friends™ is receiving, particularly given that women tech entrepreneurs routinely have a much harder time getting investment backing than our male counterparts,” says founder and CEO Janice Taylor. “That we’ve expanded from a team of two to a team of 12, have built and launched the beta version of jbfkids.com, rolled out our flagship A Million Acts of Friendship program and secured close to three quarters of a million dollars in such a short time is absolutely incredible, and I couldn’t be more grateful.”

Soon after she conceived the idea for Just Be Friends™ Taylor was selected to appear on the Oprah show. She was also chosen as one of 12 Tech Women in Canada through the Consulate of Canada to be mentored by industry experts in the Silicon Valley. She spent four months in San Francisco at the Rocketspace Canadian Tech Accelerator Program before setting down company roots for Just Be Friends™ as a client of Accelerate Okanagan in Kelowna, British Columbia.

Research indicates although women-led private technology companies are more capital-efficient, achieve 35 per cent higher return on investment, and, when venture-backed, bring in 12 per cent higher revenue than male-owned tech companies, only three per cent are founded by women.

“Janice is a passionate social entrepreneur who has overcome personal obstacles, carved out a place of leadership in the still male-dominated technology industry, and launched a unique product that has the potential to change the face of social education,” says Lance Priebe, co-founder of Disney Club Penguin and member of the fledgling Just Be Friends™ board of directors. “As a fellow entrepreneur, who knows the challenges of pursuing a dream to change the world, I value and respect what Janice brings to the table, and admire her values, drive and commitment.”

Priebe, who recently launched a new games studio, Hyper Hippo Productions, is joined on the Just Be Friends™ board by Raghwa Gopal, a long-time Kelowna entrepreneur and president of the Okanagan Angel Network, who co-founded Vadim Software, and now serves as an executive in residence with Accelerate Okanagan.

About Just Be Friends

Just Be Friends™ (jbfkids.com) is a Kelowna-based, interactive, social education platform that helps families and children connect, with each other and with their community. With its focus on healthy, positive relationships and behaviors, and a passion for connecting families and building community, Just Be Friends™ brings together technology and social psychology to unite people and change lives, one friendship at a time. Launched in 2013, Just Be Friends™ includes a website for families, and programs such as the school-based A Million Acts of Friendship campaign, and the A Million Acts of Friendship Summer Video Contest.