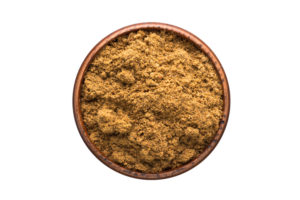 Kainos Capital’s Olde Thompson, in buying Gel Spice, has achieved national scale that its owners are betting will bring the spices maker an influx of new business.

Kainos Capital, investing out of its $895 million Fund II, closed the deal on July 21. Senior debt financing was led by BNP Paribas and Rabobank and Capital One.

When Kainos acquired Olde Thompson, the strategy was to find a complementary business, Rosen said. The two parties met a few years back at a trade show but the Dallas, Texas-based PE firm initiated deal talks last summer.

“It took a few tries to get the dialogue started with the family; they weren’t looking to sell the company,” Rosen said, speaking from Colorado, where he’s escaping the Texas heat and raging covid numbers.

Due diligence, which began pre-covid, took about six months and was conducted in a socially distant fashion.

These were all welcome additions to Olde Thompson’s existing product line, but the key driver of the deal was the opportunity to transform the company into a bi-coastal manufacturer, the investor said.

Olde Thompson can now serve as a one-stop shop for national retailers, who may have previously depended on multiple suppliers, Rosen explained.

The deal allows the platform, which packages seasonings in bottles for private-label brands, to scale production, distribution and bring on new business.

The spice category grew approximately 40 percent in the second quarter, Rosen said, referring to data from IRI. The two companies – Olde Thompson and Gel Spice – have performed similarly, he added.

Grocery stores and supermarkets in general reported 17 percent growth in May, compared with the same period last year, according to Facteus data.

Kainos’ investment in the Oxnard, California-based platform dates to 2018. Management of the combined company will own a minority stake.

Kainos has invested over $2 billion of equity in 73 investments with a total value over $10 billion.