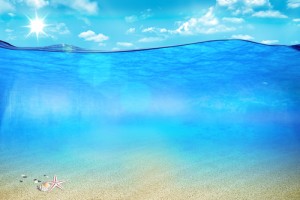 Kelso & Co. closed a buyout fund that was more than twice the size of its predecessor when it wrapped up Kelso Investment Associates VIII LP in mid-2008. But through year-end its performance hasn’t been nearly as good.

The $5.1 billion eighth fund had delivered a negative 5.76 IRR since inception through year-end, according to material presented at the March quarterly meeting of backer Florida State Board of Administration. Meantime, Kelso’s $2.1 billion predecessor, which closed in 2004, had produced an 11.71 percent IRR for the state through year-end.

The Florida State Board’s 2011 investment report, meantime, showed the eighth fund delivering an investment loss of $2.9 million for the 12 months spanning June 30, 2010, to June 30, 2011, while the predecessor fund was delivering an investment gain of $9.0 million. Over the same period, the S&P 500 gained approximately 28 percent. A spokesperson for the board wrote in an email that executives there do not comment on individual fund investments. Executives at Kelso could not be reached for comment.

All told, the $5.8 billion private equity program at the Florida investment board, which manages $159 billion, has generated a 6.97 percent IRR since inception. The program dates back to the late 1980s, according to Dow Jones.

Just why Florida was showing the fund losing money through year-end is not clear. Although 2008 was a tough year for portfolio company performance, other buyout funds formed about the same time in the Florida portfolio—including Apollo Investment Fund VII LP, Carlyle Partners V LP and Gores Capital Partners II LP—were well into the black by year-end.

Investing rapidly in the run-up to the Great Recession does not appear to have been an issue. The firm made six investments in 2007, according to its Web site, but that was in line with its 2005 and 2006 investment pace. After slowing down in 2008 (three deals) and 2009 (two deals) the firm made eight investments in 2010, two last year, and three so far this year, according to its Web site.

The eighth Kelso fund was about 40 percent drawn down as of last Sept. 30, according to a second backer, the Regents of the University of California (which shows the fund generating an investment multiple of 0.91x as of that date but doesn’t consider the fund old enough to have a meaningful net IRR). The fund has made four investments since then, including an investment this April in energy company Venari Resources LLC, according to the Kelso Web site.

New York-based Kelso still has plenty of time to turn around the performance of the fund. And interim return numbers are notoriously unreliable, since many sponsors hold portfolio companies at conservative valuations.

But if the fund continues to underwhelm, Kelso could end up paying a hefty price for the big jump in fund size with Fund VIII. The reason: Limited partners that kept pace with bigger commitments would have an outsized exposure to the partnership. Both Florida and University of California, for example, committed $100 million to Fund VIII, at least twice what they pledged to Fund VII.

Since its founding 1971, Kelso has invested more than $5 billion in over 100 companies, according to the Thomson One database. Its biggest areas of investment, according to Thomson One, have included construction (20 percent of investments by value), industrial/energy (16 percent), consumer-related (14 percent) and communications (12 percent).

The firm has 11 investment principals, led by Frank T. Nickell, president, CEO and chairman of the board, according to its Web site, and a staff of more than 30.