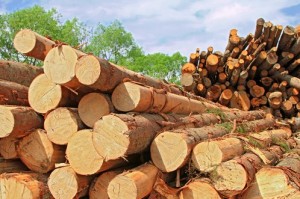 U.S.-based private equity firm Kelso & Co. and Montréal’s Eacom Timber Corp. jointly announced the extension of Kelso’s offer to acquire all of the shares of the publicly traded timber producing company to June 14, 2013. The extension is intended to provide more time for regulatory approvals. The deal, which has been estimated at approximately $183 million, has already been recommended by Eacom’s board of directors.

EACOM Timber Corporation (TSXV: ETR) (“EACOM”) and Kelso & Company (“Kelso”) jointly announce that ET Acquisition Corporation (the “Offeror”), a corporation indirectly owned by funds managed by Kelso, has extended the expiry time of the offer by the Offeror to acquire all of the common shares of EACOM (the “Common Shares”) for $0.38 in cash per common share (the “Offer”) until 5:00 p.m. (Toronto time) on June 14, 2013 (the “Expiry Time”) to allow required regulatory approvals to be obtained. All other terms and conditions of the Offer described in the Offeror’s Offer and Circular dated April 5, 2013 remain the same.

The Offeror’s obligation to take up and pay for EACOM Shares deposited under the Offer is conditional upon, among other things, required regulatory approvals and consents having been obtained. These include consents of the Ontario Ministry of Natural Resources (“OMNR”) under applicable legislation with respect to the deemed transfer of certain forestry licences. Together, EACOM and Kelso have submitted an application and documentation to the OMNR and are in ongoing discussions with the OMNR in order to satisfy their review process in an efficient manner. As of the date hereof, the required consents of the OMNR have not yet been obtained. The Offeror anticipates, though there can be no assurance, that such consents will be obtained prior to the Expiry Time. Under the Support Agreement between EACOM and the Offeror, the Offer must be extended for further specified periods to allow additional time for the consents to be obtained, if possible.

The Offer is now open for acceptance until 5:00 p.m. (Toronto time) on June 14, 2013 unless further extended, and is conditional upon, among other things, customary regulatory approvals and there having been validly deposited (and not withdrawn), together with any Common Shares owned or controlled by the Offeror and its affiliates, at least 662/3% of the outstanding Common Shares (on a fully-diluted basis).

A notice announcing the extension of the Offer will be sent by the Offeror to EACOM shareholders. The notice will also be available for review under EACOM’s profile on SEDAR at www.sedar.com.

All questions regarding the Offer and how to tender Eacom Shares should be directed to Laurel Hill Advisory Group at 1‐877‐452‐7184 (North American Toll Free) or 416‐304‐0211 (Banks, Brokers or Collect Calls) or via email at assistance@laurelhill.com.

EACOM Timber Corporation is a TSX-V listed company. The business activities of EACOM consist of the manufacturing, marketing and distribution of lumber, wood chips and woodbased value-added products, and the management of forest resources. EACOM owns eight sawmills, all located in Eastern Canada, and related tenures. The mills are Timmins, Nairn Centre, Gogama, Elk Lake and Ear Falls in Ontario, and Val-d’Or, Ste-Marie and Matagami in Quebec. The mills in Ear Falls, Ontario and Ste-Marie, Quebec are currently idled. As a result of improved market conditions, operations in Val-d’Or and Matagami which had been temporarily shut down in 2011 resumed during the third quarter of 2012. The mill in Timmins was seriously damaged by fire in January 2012 and remains shut down. EACOM also owns a lumber remanufacturing facility in Val-d’Or, Quebec, and a 50% interest in an “I” joist plant in Sault Ste-Marie, Ontario.

Kelso & Company is one of the oldest and most established firms specializing in private equity. Since 1980, Kelso has invested in over 115 companies in a broad range of industry sectors with aggregate initial capitalization at closing of over $40 billion. The firm is currently investing its eighth investment partnership, Kelso Investment Associates VIII, L.P., with $5.1 billion of committed capital. For more information, please visit www.kelso.com.

Additional information relating to EACOM is available at www.eacom.ca and on SEDAR at www.sedar.com.