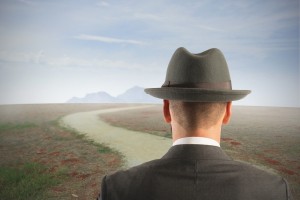 Kenneth J. Kencel has resigned as president of Carlyle GMS Finance, a mid-market lending business of The Carlyle Group that recently passed the $1 billion mark raised on its debut fundraise but that has also seen several recent executive departures, sister magazine Buyouts reported.

Kencel informed the firm last week of his decision to step down as president of the non-traded business development company, and his resignation was effective May 5, according to a 10-Q filing with the U.S. Securities and Exchange Commission. As part of his transition out of the company, Kencel agreed to serve in a variety of capacities, including as a member of the investment committee, through June 30, 2015.

Michael J. Petrick has taken over as the company’s president, adding to his titles of chairman and director. New York-based Petrick is managing director and head of the entire Global Market Strategies (GMS) division at Carlyle Group, which includes leveraged finance, structured credit, mezzanine and distressed investment teams. The division, begun in 1999, has more than $33 billion in assets under management.

Buyouts has learned that Carlyle GMS Finance may add to its payroll in coming months, and it is possible that the company will bring on an executive to replace Petrick as president.

Earlier this year Managing Directors Randy Schwimmer and Hugh Wilder left Carlyle GMS Finance Inc as well, as first reported by sister service Thomson Reuters Loan Pricing Corp, which tracks the loan market. Schwimmer has since re-emerged as editor and publisher of The Lead Left, the re-incarnation of a highly popular e-newsletter, On the Left, that he wrote as senior managing director and head of capital markets at the former Churchill Financial Group. Wilder had focused on workouts from a Chicago office for Carlyle GMS Finance; his public LinkedIn profile says that he is “exploring new opportunities.” Buyouts was unable to reach him for comment.

Kencel, Schwimmer and Wilder came to Washington, D.C.-based Carlyle Group in 2011 after the firm acquired Churchill Financial, the mid-market finance company that Kencel founded in early 2006. Carlyle Group acquired the business from Olympus Partners, which itself had bought the business about 18 months earlier. Kencel previously had served as president and CEO of Churchill Financial.

Earlier in his career Kencel worked as head of leveraged finance for Royal Bank of Canada, as well as head of Indosuez Capital, a mid-market merchant bank, according to his biography on the Carlyle Group website. He also launched the high-yield finance businesses at Chase Securities, now part of JPMorgan Chase & Co, and SBC Warburg, now part of UBS AG.

Carlyle GMS Finance had raised $1.07 billion as of March 31, beating its estimated target of $1 billion, and remains open to new commitments, according to the 10-Q. That was up from $877.4 billion raised as of Dec. 31 and $155 million as of about this time last year. The firm is raising the money from both institutional and wealthy individual investors. The target is $1 billion to $1.5 billion.

The pool is earmarked for debt investments in U.S. companies generating $10 million to $100 million of EBITDA. Like other non-traded BDCs, shares in Carlyle GMS Finance do not trade on a public exchange, but the company eventually may go public.