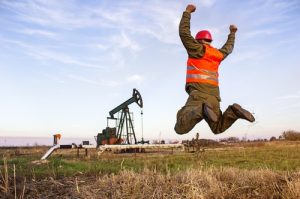 Sources told peHUB Canada that KEP IV completed a first close for an unspecified amount in early July, anchored by existing LPs in prior KERN funds.

The firm previously has raised more than $1.1 billion in capital commitments, primarily from Canadian pension funds and U.S. endowments, as well as other institutional investors, including family offices, foundations and insurance companies.

KERN is now kicking off broader fundraising for its latest offering, which will be the largest in the firm’s 14-year history. The partnership is targeted to bring in capital commitments totaling $750 million, or roughly 70 percent more than the $445 million raised by KEP III (2010).

In addition, KEP IV already has made its premiere platform investment. In the first quarter of 2014, the fund invested in Steelhead LNG, a Vancouver energy company focused on liquefied natural gas (LNG) development projects on Canada’s Pacific Coast.

Led by CEO Nigel Kuzemko, a senior energy executive with 22 years of industry experience, Steelhead LNG has been making headlines of late. On July 8, the company flagged plans to build a $30 billion terminal to ship up to 30 million tonnes of LNG per year to customer markets in Asia. The 25-year project, which includes a land-based liquefaction plant, would see gas originating in properties in northern British Columbia and Alberta transported to the exporting facility.

Concurrent with the announcement, Steelhead LNG signed an agreement with the Huu-ay-aht First Nations to explore development of the project on aboriginal lands located at the southern end of the Alberni Inlet on Vancouver Island.

Steelhead LNG’s project is among the very largest in scale being proposed for future operation, according to statistics provided by the British Columbia government. KERN, which is the company’s lead investor, is represented on the board of directors by managing partner Jeff van Steenbergen and partner Jason Montemurro.

The Steelhead LNG deal is consistent with KERN’s long-standing sector focus, which emphasizes Canadian and U.S.-based opportunities in the upstream oil and gas industry and related activity in energy infrastructure, energy technology and oilfield services.

The firm’s portfolio now comprises 26 companies. They include Calgary’s Osum Oil Sands, which last month entered into a major agreement to buy the Orion Oil Sands Project from Shell Canada for $325 million. KERN led a $500 million investment in Osum in 2012. The company’s other investors include U.S. PE firms Blackstone Group and Warburg Pincus.

The firm also has invested since 2011 in Black Swan Energy. Last December, KERN and its partners, Canada Pension Plan Investment Board (CPPIB) and Warburg Pincus, committed an additional $150 million in equity to the business, bringing its total funding to date to $500 million.

KERN also has scored several home run portfolio exits. For example, oil sands developer MEG Energy, first backed by KERN, Warburg Pincus and other investors in 2004, demonstrated remarkable growth that resulted in its raising $700 million in an IPO in 2010. MEG’s revenue and EBITDA are forecast to reach $3 billion and $1.5 billion, respectively, by next year.

Rumours abound that a current portfolio company, Seven Generations Energy, also is likely go public before the end of 2014. The Calgary-based Seven Generations, which late last year secured an additional $251 million in equity and increased its debt facility, was established in 2008 with the support of KERN, ARC Financial Corp, Natural Gas Partners and ZBI Ventures. CPPIB has also since invested in the company.

Eaton Partners is the placement agent for KEP IV. Prospects for the fund’s final close, expected before the end of this year or in early 2015, appear quite favourable in light of the fund-raising track record of KERN’s Canadian peers.

Commitments to Canadian energy-focused PE funds have been expanding in recent years due to outsized demand from global LPs. This is partly linked to private equity’s enhanced importance as a value-adding funding source to the North American industry. In addition, junior oil and gas companies these days are starting out with much higher capitalization requirements than they did in the past.

Consequently, ARC Financial two years ago raised a record-breaking $1 billion for its seventh partnership. The following year, the latest partnerships of JOG Capital and Camcor also both well surpassed previous raises. And in early 2014, peHUB Canada reported that Annapolis Capital was nearing its target for Annapolis Energy Fund VII LP, which at $300 million matches the combined raise of the firm’s previous six funds.

Photo of happy oil and gas worker courtesy of Shutterstock