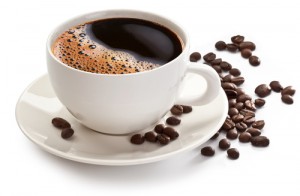 Keurig Green Mountain Inc (GMCR.O), the maker of K-Cup single-serve coffee pods, said on Monday it would be bought by an investor group led by Germany’s JAB Holding Co (JAB) for about $13.9 billion, creating a global coffee giant.

The deal, pitched at a 78 percent premium to Keurig’s Friday close, is the latest by JAB as it seeks to become a formidable competitor to world coffee market leader Nestle SA (NESN.VX).

Keurig’s shares were trading at $90.05 in early trading on Monday, short of the $92.00 per share offer.
The stock last traded at $92 in May. Nearly 13 percent of the company’s total float is held by short sellers.

“The 78 percent premium should keep other bidders at bay,” SunTrust Robinson Humphrey analyst William Chappell wrote in a client note.

Keurig, which had lost more than 60 percent of its market value this year up to Friday’s close, has struggled with declining sales of its single-serve coffee pods and brewers due to intense competition.
The company’s latest countertop device, a cold drink brewer called Keurig Kold launched in September, failed to excite buyers.

Coca-Cola Co (KO.N), Keurig’s biggest single shareholder, said it would receive cash for its 17.4 percent stake in the Vermont-based company. The stake is valued at about $2.4 billion at the offer price. Coke’s shares were little changed.

JAB is acquiring Keurig in partnership with investors who are already shareholders in Jacobs Douwe Egberts, including Mondelez and entities affiliated with BDT Capital Partners.

The deal is expected to close in the first quarter of 2016.

Photo of coffee cup with coffee beans in background courtesy of Shutterstock.