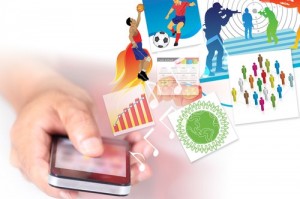 Kiip today is issuing a statement clarifying an April 8, 2013 press release posted by CrossPacific Capital Partners (XPCP) regarding Kiip’s co-founder and CEO Brian Wong’s involvement and affiliation with the firm. Wong remains CEO of Kiip. The announcement was not reviewed and was published without approval. Wong remains supportive of the Canadian entrepreneurial community and any future involvement and affiliation with XPCP will be purely in a symbolic advisor capacity and represents a gesture of this support.

Brian Wong has joined CrossPacific Capital Partners (XPCP), a Vancouver, British Columbia-based venture capital firm, as an advisor. Wong, who founded and is CEO of the mobile game and ad network KIIP Inc., will be focused on internet, gaming, social media, and mobile opportunities for XPCP, which started operations in September, 2012. The firm’s founder and managing partner is Frank Christiaens.

XPCP is proud to announce that KIIP Founder Brian Wong has joined CrossPacific Capital Partners (XPCP) as Advisor. Brian will focus on advising XPCP’s investments in the areas of internet, gaming, social media, and mobile. With the addition of Brian to the team XPCP will be better able to handle the massive deal flow that it has been confronted with since starting operations in Vancouver, BC in September 2012.

Brian Wong graduated from the University of British Columbia at the age of 18. In 2010 Brian Wong became the youngest entrepreneur to ever raise Venture Capital in North America. After initial seed contributions by a number of angel investors including XPCP Managing Partner Frank Christiaens, Brian closed a total of more than $4M for his A Round, and all this before he turned 20. Other investors in KIIP include Verizon, Hummer Winbladt, and Relay. In 2012 KIIP did a B Round of more than $11M on the strength of its rewards platform, which reached 1 billion moments at the end of 2012. In 2013 KIIP is seeing major revenue growth as its products continue to sell exponentially.

Brian Wong is an example for other gaming entrepreneurs in Vancouver, even though he had to leave the city to raise venture capital in Silicon Valley. By joining XPCP Brian hopes to give back to the country that gave him an education, but where he could not get sufficient funding to build out his business. With XPCP, Brian can now extend funding to gaming startups that are competitive at the global level, creating positive change in the Canadian environment.

XPCP Founder and Managing Partner Frank Christiaens said, “I invested in Brian in 2010 when I had barely arrived in Canada. Having met many entrepreneurs I immediately sensed that Brian had what it takes to be an entrepreneur. I offered to write him a cheque for C$100,000. When he subsequently decided to relocate to San Francisco I repeated my commitment, and offered US$100,000.”

KIIP Founder and CEO Brian Wong added, “My ride with KIIP has been wild. We are now recognized as the No.1 rewards platform across the industry. It is unfortunate that for Canada I was considered too young when I started out. Frank recognized my potential and I want to help him to do more good work with other young Canadian entrepreneurs.”

XPCP will be assisting KIIP with its imminent Asian expansion. In 2012 XPCP took Brian across China to meet with Chinese thought leaders at, among others, Tudou, Shanda and Microsoft.

KIIP’s Canadian operations will be co-located with XPCP’s operations, as KIIP and XPCP seek to achieve further synergies.