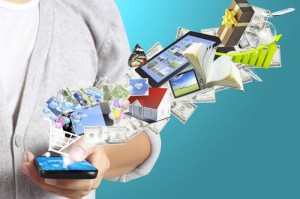 Waterloo, Ontario’s KiK Interactive Inc., which has developed a smartphone messaging platform that integrates HTML5 apps, has raised a Series B financing round totaling $19.5 million. The deal was led by U.S. venture capital firm Foundation Capital with the participation of existing investors RRE Ventures, Spark Capital and Union Square Ventures, which accounted for the company’s Series A round in 2011. Foundation Capital partner Anamitra Banerji has also joined KiK’s board of directors.

Kik Secures $19.5 Million in Series B Funding Led by Foundation Capital, to Build the Kik Platform Around Its 50 Million Users

WATERLOO, Ontario – (April 19, 2013) – Today Kik Interactive, makers of the fastest, simplest and most personal way to communicate one-to-one on mobile, has closed $19.5 million in Series B funding to support continued platform development and drive the company towards monetization. The round is led by Foundation Capital, with participation from original investors RRE Ventures, Spark Capital and Union Square Ventures. Kik is also announcing the addition of Anamitra Banerji, partner at Foundation Capital, to its board of directors.

Foundation Capital – investors in high growth ventures such as Netflix, LendingClub, Chegg, MobileIron and Pocket – is excited to partner with Kik. Banerji joins the board to help guide and support Kik’s exponential growth and continued innovation. He brings with him his vast experience as Twitter’s 30th employee and first Product Manager, where he spearheaded the creation of promoted tweets, promoted trends and promoted accounts.

Kik’s smartphone messaging platform seamlessly integrates HTML5 apps called Cards. The integration of the native Kik Messenger app with the Web-based Cards layer allows the company to quickly create and deploy cross-platform apps. Cards also make it super simple for users to instantly add and share fun and diverse experiences without installing anything new and without leaving the app.

“This is an extremely exciting time for Kik. We’re seeing our user base grow like crazy as we continue building out what we believe is the best one-to-one messaging experience on mobile,” said Ted Livingston, CEO of Kik. “The new funding will strengthen our development efforts as we begin to leverage Cards as one of our routes towards monetization.”

“Messaging is core to the mobile experience, and Kik is changing the way people – especially the ‘born-mobile’ generation – connect with each other and the apps they love,” said Banerji. “There are similarities between Kik and Twitter when it comes to growth, engagement and vision. We are excited to help Kik bring its fast, simple and rich experience to every mobile user around the world.”

Kik Interactive is all about sharing and connecting. Kik Messenger is a smartphone messenger that seamlessly integrates HTML5 apps. Kik was first created by a team of students at the University of Waterloo and was launched in October 2010 to unprecedented success. Today over 50 million people around the world are enjoying Kik Messenger. Kik Interactive is based in Waterloo, Ontario, Canada.

RRE Ventures is an early-stage venture capital firm headquartered in New York City with over $1 Billion under management. Since our founding in 1994 we have sought out and partnered with extraordinary entrepreneurs who seek to disrupt and transform industries including finance, media, communications, retail and advertising. For more about RRE Ventures, visit www.rre.com