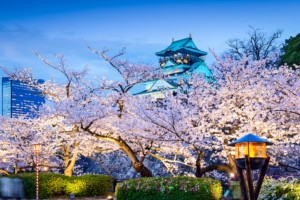 Joseph Bae, the Korean-American dealmaker that KKR & Co LP sent to Hong Kong 10 years ago to set up its Asian operations from scratch, will move back to the United States, the private equity firm has told its fund investors, Reuters reported.

The 43-year old executive, whom KKR insiders consider a possible successor to the firm’s founders and co-chief executives Henry Kravis and George Roberts, will relocate his family to New York this summer, KKR said earlier this month in a memo to investors that was seen by Reuters.

Bae, who is managing partner of KKR Asia, is making the move so that his children can enroll in a U.S. middle school in September, the memo said. He will continue to travel and lead KKR’s operations in Asia, and will have an office in Hong Kong as well as New York.

Bae’s deputies, David Liu and Ming Lu, will continue to report to him and run the Asia private equity team as co-heads, according to the memo. KKR has more than 120 executives in seven offices across Asia.

A Harvard graduate and Goldman Sachs Group Inc alumnus, Bae joined KKR in 1996. In 2005, he left New York to kick-start the firm’s business in Asia, a diverse and fast-growing region whose capital markets are, for the most part, less developed, and in which several private equity firms accustomed to Western-style leveraged buyouts have struggled.

Bae found success in Asia, even after arriving later than competitors such as TPG Capital LP and Carlyle Group LP.

In a similar move last year, Blackstone Group LP brought its Asia private equity head, Michael Chae, back to the U.S. while allowing him to continue to manage the Asia business. Unlike with Bae, however, Chae was given new responsibilities with his move.

(Reporting by Greg Roumeliotis for Reuters)