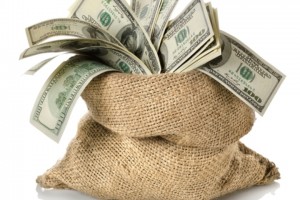 Kohlberg Kravis Roberts is closing funds all over the place.

The firm revealed during its year-end and fourth-quarter earnings call on Feb. 6 that it had closed three significant funds as of Dec. 31, 2013.

Those funds include the flagship North America Fund XI (NAXI), which closed on $9 billion. It’s not clear exactly when the close happened. Fund XI had been in the market since 2011 seeking at least $8 billion.

The prior flagship vehicle, KKR 2006 Fund, closed on $17.6 billion in 2008. That fund was generating a 1.41x multiple and a 7.70 percent internal rate of return as of Sept. 30, according to performance information from the Oregon Public Employees Retirement Fund.

NAXI is already about 32 percent deployed, according to the earnings report.

“We are excited to have so many new as well as our existing investors be part of the new fund,” KKR said in a statement. “We think it is a testament to the opportunity for PE in the Americas today. Our strategy has been very consistent over the years and private equity funds. We are focused on investing in large, complex, market leading franchise businesses where we can help improve them and drive operational value creation. ”

Altogether, KKR raised about $21 billion across all segments.

KKR has also launched fundraising for its European IV vehicle, although it did not disclose a target. The firm is also in the market raising its first Energy Income and Growth Fund targeting oil and gas development. That fund, which has a target of $1.5 billion, has already collected $1.4 billion and will close in the next few months, said Scott Nuttall, head of KKR’s global capital and asset management group, on the call.

Nuttall gave an overview of investment vehicles that may come back to market soon.

“[We have] a lot of Fund I’s getting close to being fully invested,” Nuttall said. These include vehicles focusing on infrastructure, direct lending and mezzanine lending.

Funds could be raised for European direct lending, mezzanine and special situations, he said.

“Institutional investors are quite interested in that opportunity set,” he said.

To fill these various pools of capital, KKR has been building its investor base. The firm grew its LP base to about 700 last year, up 23 percent from 2012, officials said on the call. One focus going forward is to try and “cross sell” the firm’s various strategies to LPs, who right now average about 1.6 KKR products per client, the firm said.

The firm’s private equity assets appreciated 8.4 percent in the quarter.