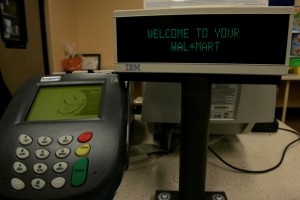 (Reuters) – First Data Corp will receive a $3.5 billion injection from existing and new investors, it said on Thursday, as its private equity owner, Kohlberg Kravis Roberts & Co, tries to offer debt relief to the one of the world’s largest leveraged buyouts.

The investment, in the form of a private equity placement, is the most dramatic move yet by KKR. It frees some of First Data’s cash flow from the debt burden it took on as the result of its $29 billion leveraged buyout in 2007.

The big payment processor has been stifled by interest payments, generating a loss of $732.2 million in the 12 months to the end of March, as most of its cash flow went to service its net debt of $24.3 billion.

KKR and a group of banks including Goldman Sachs Group Inc and Citigroup Inc had committed $7.2 billion to the 2007 leveraged buyout, according to regulatory filings. As early as last year, KKR had its investment in First Data marked at 70 cents on the dollar.

Since Bisignano joined, First Data said it had strengthened its capital structure, extended equity to all employees, launched new products and embarked on strategic partnerships.

First Data has considered other ways to slash debt. Reuters reported last year the company explored selling its financial services business, which it hoped would raise as much as $5 billion.

To manage its debt mountain, First Data has extended $24.5 billion in debt maturities since 2010. It extended and repriced $2.7 billion in loans in January.

First Data’s adjusted earnings before interest, taxes, depreciation and amortization rose to $613.5 million in the first quarter from $520.4 million the year before. Further growth without the crushing effect of debt could allow the company to explore an initial public offering.

First Data is one of many corporate cleanups quietly underway in the world of private equity, as the industry deals with a debt binge in the years before the 2008 financial crisis.