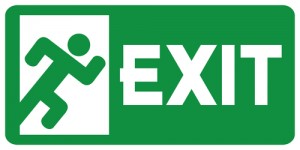 Nuttall’s comment came as the Dow Jones Industrial Average set an all-time record for the second straight day on Wednesday.

With much of KKR’s $76 billion in assets under management invested in portfolio companies, Nuttall said generating gains through the sale of firms is off to a solid start in 2013. Just last week, KKR said it would sell its stake in music rights management firm BMG to Bertelsmann for an undisclosed price.

“M&A markets are starting to pick up,” Nuttall said at the Citi U.S. Financial Services Conference. Company leverage is down, cash holdings are up and stock prices have strengthened, he said.

“We’re hopeful that means it’ll lead to a more robust strategic environment for us, which will lead to more exits,” Nuttall said.

While deal activity picked up in early 2012, companies started funneling more cash into buybacks and dividends instead of acquisitions in the face of jitters over the European economy and other headwinds, he said.

In 2013, KKR expects U.S. Gross Domestic Product to increase in the 1% range, with a top end of 2%. The U.S. offers stability to investors with a more predictable operating environment.

“We’re reasonably upbeat about the Asian economic growth environment,” he said. “We’re constructive on Europe. We’re…looking to deploy capital as some of these markets are starting to bottom out.  The overall economic environment is mixed but generally speaking our companies are performing quite well and finding ways to create value.”

Summing up KKR’s world view, the economy continues to offer relatively low growth and some stability, with pockets of more interesting opportunity coming out of dislocation, he said.

The top ten U.S. pension plans that now hold about $1.2 trillion are allocating about 24% of their portfolios into alternative investments such as private equity. That’s about double the rate of 11% to 12% five years ago, he said.

“The definition of alternatives will continue to expand,” he said. “We’ve got energy funds, real estate assets, hedge funds, different credit opportunities. We’re seeing quite a broadening of how people are participating in the alternatives landscape.  It will continue.”

Larger private equity shops such as KKR will also benefit as fund managers look to consolidate their investments to fewer firms, he said.

KKR holds a roughly 5% share of the $1 trillion private equity business, while its newer business lines such as energy, credit, direct lending and real estate investing offer “a lot of running room” for growth, he said.

“We’ll seek to grow organically [but] we’re more actively looking at acquisitions or partnerships to accelerate growth,” he said.

Any such acquisitions probably wouldn’t include another large, publicly-traded PE firm, however.

While he didn’t entirely rule out the possibility, Nuttall concluded: “You’ve got a cultural dynamic that you really have to get right or you could risk both franchises….It comes down to personalities and whether cultures could fit in that combination and that’s hard. Most large asset manager combinations haven’t worked as well as people had hoped. Very few will bet the ranch on trying to get it right. Never say never, but I’m not expecting a flood of those deals.”