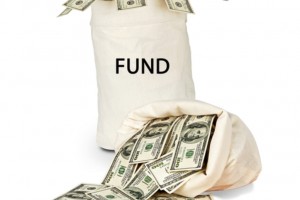 Kohlberg Kravis Roberts & Co raised $4.7 billion for its private equity vehicles in the third quarter as it continues work on four funds, with plans for at least two new funds underway.

All told, KKR has raised $20 billion in the past year, but the firm is not planning to ease up on efforts to raise fresh capital.

Looking back at the third quarter, Its flagship KKR North American Fund XI LP, known as NAXI, reached a total of $8.3 billion, including employee capital commitments, ahead of its year-ago target of $7 billion to $8 billion.

Scott Nuttall, global head of capital and asset management for KKR, said the firm expects a “handful of commitments” for NAXI as it moves to wrap up the fundraising in coming months.

NAXI’s pending close comes after KKR wrapped up its KKR Asian Fund II at $6 billion during the second quarter.

“When you look at the buying power of our Asia II, NAXI, China Growth, and Europe III funds, it equates to a $21 billion global private equity fund,” Nuttall told Wall Street analysts on the firm’s conference call. “And if you look across all of our private equity funds and co-investment vehicles, we now have over $17 billion in dry powder.”

KKR held a first close on its KKR Energy Income & Growth Fund I at $1.4 billion, including a $250 million general partner commitment from the firm’s balance sheet.

The firm also held a second close of its KKR Real Estate Fund at $900 million, including a $200 million commitment from KKR Financial Holdings LLC, the firm’s specialty finance company.

The company also raised $1.8 billion, or 30 percent of its capital for the quarter, in public markets, including about half in permanent capital vehicles including its non-traded business development company, Corporate Capital Trust, and KKR Income Opportunity, its first closed-end credit fund.

And it closed on $450 million for its KKR Special Situations Fund.

Looking ahead, Nuttall said the firm is planning to go out to the market “shortly” with KKR European Fund IV. It’s also looking at launching an Infrastructure II fund, plus it will raise capital for its mezzanine and direct lending operations.

Turning to deal-making, Nuttall said KKR sees opportunities to move into Asia and Europe, where prices of target companies remain more favorable. In North America, KKR is being more “selective and value-conscious” in the face of higher valuations, Nuttall said.

Asked about the health of the U.S. economy, Nuttall said KKR is seeing some strength in energy, autos, housing and some manufacturing.

“It’s an interesting time,” Nuttall said. “We do see the private sector improving a bit but the question remains what’s the consumer going to do” after the two-week government shutdown.