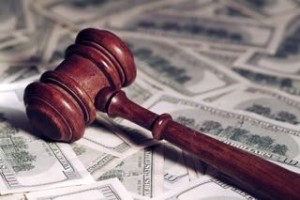 Kohlberg Kravis Roberts is in discussions with the Securities and Exchange Commission to settle an inquiry about how the firm has allocated expenses between funds and co-investors, according to the firm’s annual report and a recent letter to limited partners.

A settlement could mean anything from significant changes in procedure, including enhanced disclosure, to enforcement actions like the payment of fines, sources said.

Any kind of monetary settlement with KKR would be precedent setting and closely watched by the private equity industry. The SEC has in the past few years reached settlements with smaller firms, such as Lincolnshire Management, over issues related to fees and expenses.

Spokespeople for the SEC and KKR declined to comment. KKR informed limited partners of the talks with the SEC in letters that went out this week that directly reflected the disclosure in the annual report.

“We have proactively communicated with many of you about the status of the SEC inquiry for several months, so the concept of settlement discussions may not be new news to you,” KKR said in the investor letter.

According to its annual report, KKR has $25 million set aside in reserve to pay for litigation issues like this one.

In its most recent Form ADV from October, KKR disclosed that expenses such as broken deal costs are “typically … borne by the primary investment vehicle for such strategy.” It’s not clear how KKR’s disclosure on this issue has changed over time.

KKR revealed during its quarterly earnings call in February that it had refunded about $8 million to limited partners last year. The refund in part related to the allocation of expenses between the flagship funds and co-investment vehicles, Buyouts reported. The SEC settlement talks appear to be over the same issues, though Buyouts was unable to confirm that.

The SEC’s probe of KKR began with a 2013 exam that looked at the years 2009 to 2011, according to a Jan. 21 article from the Wall Street Journal. The exams are part of the new regulatory regime to which most private equity firms are subject after being forced to register with the SEC by the Dodd-Frank Financial Reform act.

According to KKR’s annual report, the SEC is now examining prior years going back to 2006.

One of the issues the SEC has been looking at is who pays broken deal expenses and how that gets disclosed, sources said.

Andrew Bowden, director in the SEC’s Office of Compliance Inspections and Examinations, said during a speech last year that separate accounts and co-investment vehicles are often not charged broken-deal expenses or other costs associated with generating deal flow even though they invest alongside the main funds.

“This may be occurring because the rapidly growing adviser has not yet updated its policies and procedures to be able to handle separate accounts or because the adviser may not have invested sufficient capital in the back office to be able to perform a proper allocation,” Bowden said, according to a transcript of his speech on the SEC’s website.

The SEC also is examining whether GPs fully disclose exactly how fees and expenses get paid. Charging broken-deal expenses fully to the fund may be fine as long as it is properly disclosed, according to an attorney who follows regulatory issues.

“Absent something in the [limited partner agreement] saying the fund should bear all broken-deal expenses, the GP-affiliated co-investment vehicle should pay [its] fair share,” the attorney said.

Carlyle Group, for example, said in its Form ADV that co-investors “generally will not share” in expenses associated with investments that are not completed.