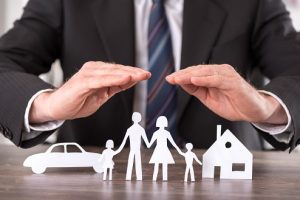 KKR & Co has made a bet on insurtech with its investment in Policygenius as PE and VC firms continue pouring capital in the sector.

Policygenius, based in New York and Durham, North Carolina, is an online platform where customers can find the most appropriate insurance policy option for the best price.

The company, founded by Jennifer Fitzgerald and Francois de Lame in 2014, grew its annualized revenue to $60 million, according to the firm’s announcement. This is a 10x increase in revenue since early 2017, when Policygenius raised its $30 million Series C, according to KKR.

Insurance is a large market segment in the U.S., and it’s set to undergo disruption, Allan Jean-Baptiste, principal at KKR, told PE Hub.

“Consumers are increasingly moving their decision-making online: we’ve seen it in travel with companies like Expedia and in real estate with Zillow. It becomes harder for traditional insurance companies to acquire customers exclusively offline,” Jean-Baptiste said.

Policygenius has more than 40 insurance carriers on its platform and can accurately provide clients with their policy and pricing details, which ultimately helps consumers save money, he said. According to Jean-Baptiste, some customers may save more than $1,500 a year on life insurance by making a better selection.

KKR will help Policygenius expand its financial product offering beyond insurance, Jean-Baptiste said. He did not provide specifics on what those products may be. In 2019, Policygenius launched its new property and casualty insurance offering that scaled to more than $10 million in less than 12 months, according to the firm.

That fast growth of the property and casualty insurance product is not unique to Policygenius. Property-casualty start-ups took a larger share of total insurtech investment than life and health companies, continuing a trend that started in 2016, according to the new Quarterly InsurTech Briefing from Willis Towers Watson.

“2019 was the year when individual insurtechs began to come to the fore to lead in specific parts of the market, whether in certain lines of business or in the use of particular technologies,” Andrew Johnston, global head of insurtech at Willis Re, said in the report.

KKR has joined a number of investors that have poured capital in the insurtech sector in the past year. In 2019, investments in the space reached an all-time high, according to the Willis Towers Watson’s report.

Total new global funding commitments to the insurtech sector in 2019 soared to $6.37 billion, a 33.9 percent of the historical total, the report stated. The last quarter of the year was also record-breaking with $1.99 billion committed in 75 projects, according to the report.

KKR invested in the company out of its newly raised Next Generation Technology Fund II, which closed in January on $2.2 billion. The fund is focused on investing in technology businesses in North America, Europe and Israel and is primarily targeting companies outside traditional tech hubs like Silicon Valley and Boston, Dave Welsh, partner and head of technology growth equity at the firm, told PE Hub in a recent interview.

Policygenius is the second investment out of the fund. In June 2019, the invested in cybersecurity training company KnowBe4, based in Tampa Bay, Florida.