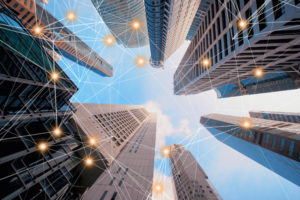 There’s a lot going on this morning, including an electric vehicle deal in Silicon Valley, an ad tech deal in Europe and a new fund for a Chicago lender.

One deal that looks increasingly unlikely to cross the finish line is the $14.5 billion cash-and-stock offer of Australia’s Ramsay Health Care from a consortium led by KKR. There have been a lot of turns of the wheel on this one, and it sounds like the road has been pretty bumpy. Earlier today, Ramsay said that the hospital operator received word from the consortium yesterday saying it would not improve the bid:

“As stated in the announcements of 25 and 26 August 2022, the Ramsay Board considered the Alternative Proposal and determined not to engage further with the Consortium in relation to the Alternative Proposal on these terms. The latest correspondence received from the Consortium refers to its review of Ramsay’s FY22 result announcement and notes that it is not in a position to improve the terms of the Alternative Proposal. The correspondence also states that whilst the Consortium recognises that further engagement and access to further due diligence may provide some positive visibility, the information provided in the FY22 results implies that there is meaningful downward pressure on the valuation proposed under the Alternative Proposal. The correspondence also stated that should the Ramsay Board be willing to reset valuation expectations and consider a new proposal, the Consortium would move quickly to discuss mutually acceptable terms. The Ramsay Board is yet to consider the correspondence which was received late yesterday evening and appeared in media reports early this morning, however there is no certainty that any further proposal will be forthcoming or that any proposal would result in a transaction. Ramsay remains focused on its business, driving its strategy to be a leading integrated healthcare provider of the future and the creation of long-term value for shareholders.”

To get the KKR side of the story, I reached out to one of the firm’s PR reps based in the Asia-Pacific region. “We are not commenting on this matter,” she emailed.

In the meantime, let’s move onto deals are moving forward.

Private equity’s interest the sector is growing, as the anticipated adoption of electric vehicles gets supercharged by federal and state funding as well as technological developments.

“The future of electrified transport is at a critical inflection point, whereby solutions for large-scale EV charging infrastructure must be established to meet the increasing demand for electrification of all fleets,” said Paul Luce, Vision Ridge managing director, in a statement.

TeraWatt was launched in May 2021 to focus on the decarbonization of the transport sector with a strategy that combines an EV charging-focused property portfolio, asset financing capabilities, project development, and charging and energy management expertise.

For more, read the story.

Earlier today, PE Hub Europe’s David Wansboro reported that Bridgepoint has purchased a stake in data-driven marketing service provider MiQ from ECI Partners. The deal is reportedly valued at $900 million. Bridgepoint is taking a majority stake in the company, a source familiar with the deal told PE Hub Europe. ECI invested initially in the target in 2017 and has realised a 6.1x return on the exit, according to the press release. All three companies are based in London.

MiQ was founded in London in 2010 by Gurman Hundal and Lee Puri and is a marketing specialist that works with companies to turn data into advertising campaigns. Bridgepoint will support MiQ on its international expansion and client growth.

“It offers leading analytics solutions and platforms to companies everywhere and has achieved significant growth over the last few years,” said Charles Welham, director, Bridgepoint, in a statement. “We look forward to providing the necessary expertise to help maximize the company’s market potential.”

The target range for Antares Senior Loan Fund II was disclosed in materials prepared for Plymouth County Retirement Association. The vehicle is expected to hold a final closing later this year or in early 2023. Antares declined to comment.

Antares’ Fund II will maintain its predecessor’s strategy of providing senior secured loans to PE-backed mid-market companies in the US and Canada, according to PCRA documents. A key factor in sourcing capabilities will be the firm’s relationships with more than 400 sponsors.

Antares is the lead lender on roughly 90 percent of all its transactions. In each deal, the firm will invest from the balance sheet alongside LP capital.

As of the end of June, Antares, which is headquartered in Chicago and majority owned by Canada Pension Plan Investment Board, had completed more than 136 deals. Recent examples include unitranche credit facilities for the $1.8 billion acquisition of NSM Insurance by Carlyle and the 123Dentist-Altima Dental merger backed by KKR and Peloton Capital Management.

For more, read the story.

That’s all for now. Buyouts’ Chris Witkowsky writes the Wire on Wednesdays. I’ll be back with more on Thursday.