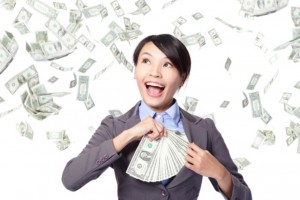 Like the Blackstone Group told its public shareholders last week, KKR said it had a good 2012, as the firm’s private equity portfolio and balance sheet appreciated 24 percent.

New York-based KKR, a global buyout shop, said fourth-quarter economic net income, a measure of profitability which takes into account the mark-to-market valuation of its assets, came in at $347.7 million, versus $285.5 million a year ago, Reuters reported. Economic net income for the year ended Dec. 31 was about $2.1 billion, up from $782.6 million in 2011, a statement said.

Last week, Tony James, the Blackstone Group’s president, called 2012 the best year for that firm since it went public in 2007. KKR, while not as effusive, said it returned $9 billion to investors in 2012, the most in the firm’s 36-year history.

KKR is currently out fundraising for its latest buyout fund, North America Fund XI or NAXI. KKR has reportedly struggled to reach NAXI’s $8 billion goaI. On a conference call, Scott Nuttall, KKR’s global head of capital and asset management, said the fund will likely raise between $7 billion to $8 billion.

NAXI has closed or “will have hard circled” about $7.5 billion in capital, Nuttall said. Fundraising for NAXI has also been extended to the second half of 2013, he said. “Given the extended fundraising timeline and the line of sight we have today, we feel very comfortable about hitting the high end of that range,” Nuttall said.

NAXI is much smaller than KKR’s prior mega-fund, North America Fund X, which raised $17.6 billion . KKR 2006 LP is generating a 6.99% net IRR, according to June 30 data from the Washington State Investment Board.

KKR executives on the call said Naxi’s smaller size will not impede the firm from doing large deals. KKR has been building out its capital markets business so it could “speak for more equity,” an executive on the call said. KKR could also invest all of NAXI’s capital in three to four years and then raise another North America fund sooner, executives said.

KKR is also out fundraising for its second Asia buyout fund. The firm has “documentation in hand” on more than $5 billion in commitments for Asia II, Nuttall said. He is confident that the firm will hit the $6 billion hard cap for the fund in the next 30 to 60 days. KKR raised a $4 billion regional fund in 2007. KKR Asian Fund LP is posting a net IRR of 11.42%, the Washington State Investment Board said.