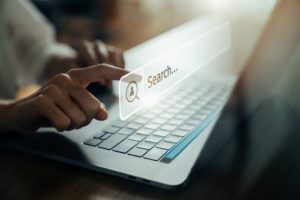 KKR is seeking to sell a minority stake in Internet Brands, which runs websites such as WebMD. This will set the valuation for a single-asset secondary the firm is exploring for more time and capital to grow the company, sources told affiliate title Buyouts.

KKR is working with Lazard on the process, which just kicked off, sources said. A KKR spokesperson declined to comment.

The deal could total in a range from $2 billion to $3 billion, sources said.

KKR acquired Internet Brands in 2014 from Hellman & Friedman and JMI Equity. The deal was valued at around $1.1 billion, according to reports at the time. Internet Brands operates popular consumer websites like WebMD, as well as online media for businesses. The company acquired WebMD in 2017 for about $2.8 billion.

Internet Brands has grown revenues and profits by 8x since KKR took over, according to Lynn Walsh, chief development officer and general counsel with the company. The company has done more than 20 add-ons under KKR’s sponsorship across its verticals, which includes health, legal, automotive and home and travel, Walsh said.

“Year over year, from 2020 to 2021, we’ve grown revenues and profitability more than 20 percent, which is the reason our sponsor wants to continue to be our sponsor and to strengthen our cap table,” Walsh said.

The secondaries deal would allow LPs in KKR’s North America Fund XI fund to either cash out of their stakes in the company or roll into the continuation fund. It’s not clear if LPs will have the option to roll with the same economics they had in the older fund.

Several recent single-asset secondaries deals have had their valuations set by earlier minority stake sales. This is considered a strong mechanism because it gives the asset value market validation, as opposed to hiring one or more external firms to provide fair value assessments.

Other single-asset deals in the market include Warburg Pincus’s process for Duravant.

In 2021, GP-led secondaries deals like single-asset continuation funds represented about 52 percent of the $132 billion in total estimated activity, according to Jefferies full-year secondaries volume report, published this week. Traditional LP volume was $64 billion in 2021, representing a 156 percent increase from 2020, Jefferies said.