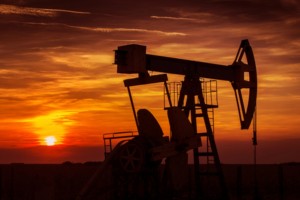 Private equity firm KKR & Co LP said on Friday its special situations fund would lead an investment of more than $680 million in Preferred Sands, keeping one of North America’s largest producers of sand for oil and gas producers in business.

The deal underscores how private equity firms have diversified beyond buying and selling companies to investing in all levels of a company’s capital structure. KKR’s special situations fund focuses on investing in companies in distress.

Headquartered in Radnor, Pennsylvania, privately held Preferred Sands produces and distributes frac sand and proppant materials used predominately in oil and gas shale drilling. Its network of mines have the capacity to produce more than 9 billion pounds of sand every year.

Preferred Sands tapped restructuring advisors last September after it failed to make timely payments on its bank loans, according to Moody’s Investors Service Inc. The ratings service has attributed the company’s woes to competition in the frac sand industry, its lack of high-quality sand reserves, and a less developed logistical network relative to its major rivals.

“We believe Preferred Sands has an enviable position in the marketplace, and this is an investment in the team, the technology, and the future of a growing platform,” Harlan Cherniak, a member of KKR’s special situations team, said in a statement.

KKR said it had agreed to refinance the company through equity and debt of more than $680 million. A new first lien credit facility has been underwritten by KKR’s capital markets arm and investment bank Jefferies Group LLC.

KKR finished raising a $2 billion global special situations fund in January after launching it in 2012. It said this week that fund is now fully invested, boasting gross returns over the last 12 months of 41 percent.

KKR also said it raised $1 billion in the second quarter for two special managed accounts to be invested in special situations. It added that it is preparing to raise its second global special situations fund.

The Preferred Sands deal is expected to close on July 31.