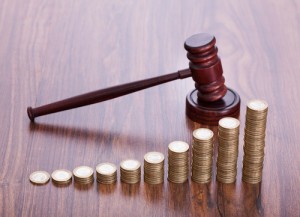 The settlement marks the most high-profile case brought by the Securities and Exchange Commission against a private equity firm over fees and expenses, an area the SEC is actively investigating throughout the industry.

The SEC’s case against KKR centered on “broken deal” expenses relating to the firm’s unsuccessful attempts to buy companies.

Those expenses, totaling $338 million over a six-year period that ended in 2011, were incurred by investors such as pension funds, endowments and other institutional investors in KKR’s flagship private equity funds.

KKR, however, did not expressly disclose to these fund investors that its own executives and other institutional investors in separate investment vehicles were not forced to pay these fees, even though they would have been investing in the same companies as the flagship funds’ investors.

KKR “unfairly required the funds to shoulder the cost for nearly all of the expenses incurred,” SEC Enforcement Director Andrew Ceresney said.
In a statement, KKR said the settlement relates to “historical expense allocation disclosures and policies and not to any current practices.”

“We take our fiduciary responsibilities seriously and have strived to adapt our policies and practices to the changing nature of the industry, market and our business.”

KKR neither admitted nor denied the allegations.

The private equity industry is fairly new to SEC oversight, after the 2010 Dodd-Frank law required advisers at large funds to register and undergo examinations.

Last year, the SEC’s top examiner announced the agency had discovered widespread problems with how firms were allocating fees and expenses.

Over time, however, private equity firms have started to allow other investors to invest directly in those same companies through investment vehicles that are separate from the main funds, in a practice known as “co-investment.”

In this case, the SEC alleges that the investors in the main funds were left holding the bag for all of the broken deal expenses.

Following the news of the SEC’s investigation into fees and expenses, KKR took steps to reimburse some of its investors.

Shares of KKR, which had total distributable earnings of $2 billion last year, were down 0.8 percent in midday trading on Monday.