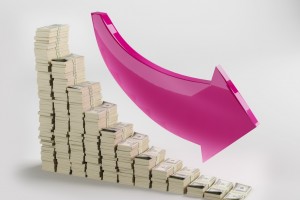 (Reuters) – Private equity firm KKR & Co LP posted a 10.9 percent quarterly decline in earnings on Thursday due to a slower appreciation of its funds and said it will share 40 percent of profits from its own investments with shareholders.

First-quarter economic net income (ENI), a measure of profitability that takes into account the mark-to-market valuation of assets, dropped to $647.7 million, from $727.2 million a year earlier.

Its private equity fund portfolio appreciated 5.9 percent in the quarter versus a 9 percent rise a year ago. The value of KKR’s principal investments also grew at a slower pace.

Total distributable earnings, used to pay dividends, jumped to $290.6 million in the first quarter from $164.1 million a year earlier. Just over half of the rise was due to profits from KKR’s own investments rather than management and performance fees it got from funds.

KKR’s principal investments made a significant difference. They yielded income of $153.2 million, versus $52.6 million a year ago.

Huge by industry standards, the size of KKR’s balance sheet is the legacy of the firm’s merger in 2009 with KKR Private Equity Investors, a fund vehicle whose listing KKR transferred to New York from Amsterdam in 2010.

KKR said it would now strive to distribute 40 percent of its balance sheet income as a dividend every quarter. Its previous dividend policy focused on sharing profits from its principal investments to compensate shareholders for taxes they must pay on the dividends.

It resulted in about 35 percent to 37 percent of the balance sheet gains being shared every year and only in the fourth quarter, as opposed to 40 percent every quarter.

The firm was founded in 1976 by Henry Kravis, George Roberts and Jerome Kohlberg. It gained widespread recognition through its $25 billion leveraged buyout of RJR Nabisco in 1988, a battle that was immortalized in the bestseller, “Barbarians at the Gate.”