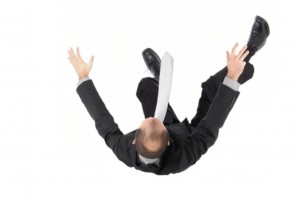 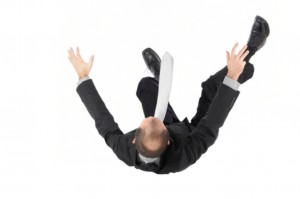 (Reuters) – KKR & Co LP said on Friday that its second-quarter earnings declined by 74 percent as a lower appreciation in its private equity funds overshadowed a quadrupling in the cash it received from the profits its funds generated.

With KKR meeting more of the performance hurdles agreed to with fund investors, over 80 percent of its private equity assets were in a position to pay carried interest – KKR’s share of the profits. Carried interest cash jumped to $161.9 million in the quarter from $39.4 million a year ago.

But economic net income (ENI), which takes into account the market value of assets and is an alternative asset manager’s headline earnings metric, dropped to $144.4 million from $546.1 million a year ago, as KKR’s private equity portfolio appreciated 0.9 percent compared with 5.1 percent a year ago.

This translated into second-quarter after-tax ENI of 18 cents per share versus 26 cents per share forecast on average by analysts in a Thomson Reuters poll. KKR shares fell and were trading down 1.7 percent to $20.60 in afternoon trading.

In a statement, Henry Kravis and George Roberts, KKR’s co-chief executives who founded the firm in 1976 together with Jerome Kohlberg, focused on the company’s dividend following a change in the company’s distribution policy last quarter.

“Our realization activity in the second quarter drove the highest cash carry we have reported since going public, contributing to a quarterly distribution of 42 cents per unit,” they said.

KKR also sold shares in four of the companies it has already taken public, valuing its investments in them at an average 2.5 times the money it paid for them as equity. About 23 percent of KKR’s private equity portfolio is in publicly listed companies.

Huge by industry standards, the size of KKR’s balance sheet is the legacy of the firm’s merger in 2009 with KKR Private Equity Investors, a fund vehicle whose listing KKR transferred to New York from Amsterdam in 2010.

Its balance sheet profits, referred to as net realized principal investment income, halved compared with a year ago to $150.3 million, as KKR’s own investments failed to match the profit growth seen by its funds.
This resulted in total distributable earnings – money available to pay dividends – falling slightly in the second quarter to $403.8 million from $406.1 million a year ago.

CONTRAST WITH BLACKSTONE
Fee-related earnings, mostly reflecting fees it charges to investors and portfolio companies that are not based on KKR’s performance, rose to $98.2 million from $69.8 million a year ago, on the back of new capital raised as well as the acquisition of hedge fund investor Prisma Capital Partners LP.

KKR’s earnings contrasted with Blackstone’s (BX.N: Quote, Profile, Research, Stock Buzz) results released last week. Blackstone’s second-quarter earnings more than tripled as the value of its private equity and real estate funds rose more than 5 percent and it cashed out on parts of its portfolio, including SeaWorld.

KKR’s results were a reversal from the second quarter of 2012, when its earnings jumped 73 percent while Blackstone’s fell 74 percent, underscoring the volatile and lumpy nature of the earnings of these complex investment firms when viewed on a quarterly basis.

KKR reported progress in raising capital for a key fund seen as a test of its fundraising power in private equity, its flagship North American Fund XI (NAXI).

KKR’s head of global capital and asset management Scott Nuttall told analysts on a conference call that NAXI had secured just over $8 billion from investors this month, in line with its fundraising goal. Nuttall, however, did not say that fundraising for NAXI had been completed.

KKR also gave an update on real estate, a new initiative for the firm. A property fund with investor commitments of $500 million appeared in KKR’s earnings statement for the first time, with 40 percent of the capital coming from KKR itself.

KKR will invest an additional $250 million each to real estate, energy and special situations strategies, Nuttall said, with the money coming from cash available on its balance sheet and not affecting dividends paid to shareholders.

Earlier this week, KKR announced with less than a day’s notice that its credit investment chief William Sonneborn would step down, to be succeeded by its head of capital markets Craig Farr.

Asked what KKR’s investors thought of Sonneborn’s resignation, Nuttall said they appreciated the firm’s increased deployment of capital in credit and that KKR had already started to consolidate some of the operations of the credit and capital markets teams.