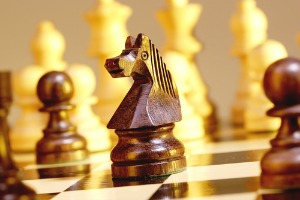 (Reuters) – Knight Capital Group Inc looks set to enter into a $400 million financing deal with a group of investors, allowing the trading firm to open its doors Monday after a crippling $440 million loss, although it will come at a steep cost to shareholders, sources familiar with the situation said.

Such a deal would help Knight continue to operate and avoid further disruption and uncertainty for its brokerage clients, which include firms such as TD Ameritrade, Vanguard and Fidelity Investments.
An announcement on the deal is expected by early Monday, one source said.

Knight’s shareholders have had to pay a steep price to keep the firm afloat following 45 minutes of software-induced mayhem last Wednesday that led to the loss and a massive decline in customer confidence. Shares worth $10.33 last Tuesday night may now be worth just $1.50, an 85 percent drop.

The capital lifeline is coming from investors that include private equity firm Blackstone Group, Chicago market-maker Getco – in which private equity firm General Atlantic is a shareholder – as well as financial services firms TD Ameritrade, Stifel Nicolas, Jefferies Group Inc and Stephens Inc, according to the sources.

The investment is expected to be made through convertible preferred stock, which will have a conversion price of $1.50 per share and carry a coupon of 2 percent, the sources said. The consortium will own 70 percent to 75 percent of Knight following the conversion, one source said.

Officials at Knight, Blackstone, TD Ameritrade, Jefferies, Stifel and General Atlantic declined to comment. Officials at Getco and Stephens were not immediately available for comment. CNBC earlier reported the news of the deal.

Knight’s problems started early on Wednesday when a software glitch flooded the New York Stock Exchange with unintended orders for dozens of stocks, boosting some shares by more than 100 percent and leaving the company with the trading loss.

As the nation’s largest provider of retail market-making in New York Stock Exchange and Nasdaq-listed stocks, Knight buys and sells shares for clients. It also provides liquidity to the equity market by stepping in to buy and sell using its own capital to ensure orderly, smooth activity.

Knight’s computers had been loaded with new software Tuesday that was designed to accommodate a change on the NYSE, according to people familiar with the matter. When trading began at 9:30, however, the computers poured a huge number of orders into the market.

For about 10 minutes it was unclear where the orders were originating, according to people familiar with the matter. After NYSE officials identified Knight as the source, it took another 10 minutes for the company to figure out the source of the problem. By that time, the erratic orders in a number of affected stocks had triggered exchange “circuit breakers” that temporarily halt trading in volatile stocks.

At Knight’s headquarters in Jersey City, N.J., senior officials streamed down to the trading floor and sought to halt the trading, according to people familiar with the situation.

The firm’s CEO was not among them. Long-time Wall Street veteran Thomas Joyce, known in the business as “T.J.,” had undergone knee surgery the day before.

In his absence that morning things spun out of control and it took until 10 a.m., 30 minutes after trading on the exchange opened, for Knight and the NYSE to stop the order flow.

Joyce hobbled to the trading floor on crutches around noon and stayed for about 15 minutes, assuring people that everything would be fine.

By that time, the damage had been done. A number of major trading partners were shifting their orders to other firms, drastically reducing the volume at Knight.

For example, through Tuesday, Knight accounted for 20 percent of the market-making activity in shares of Apple, one of the most actively traded stocks on a daily basis. By midday on Friday, Knight was the market maker for just 2 percent of the share volume, according to data from Thomson Reuters Autex, though market makers may not be reporting all trade data.

While Knight’s closure would not disrupt trading since big clients have routed orders to other firms, its demise could further shake investor confidence in the market.

Knight’s troubles also highlight how vulnerable market makers are to the complex web of computers and software that constitute the modern marketplace. For investors already suspicious that the system might be fundamentally broken after the “Flash Crash” of 2010 and the botched Facebook IPO in May, the troubles at Knight have only added to concerns.

TD Ameritrade, the No.1 U.S. brokerage by trading volume, has exclusive clearing deals with Knight and it would be in its best interests to keep the embattled equities trader afloat.

“They really are handcuffed to Knight,” a source with knowledge of TD Ameritrade’s arrangements with Knight said.

Getco was founded in 1999 by two Chicago traders and is also an electronic trading firm that matches buyers and sellers in fractions of a second.

CEO Daniel Coleman is a proponent of high-speed trading technology, touting the belief that it allows investors access to liquid markets at a lower cost. In June, Coleman told a Congressional panel that market makers like Getco “reduce market volatility by buying when others want to sell and selling when others want to buy.”

Even if Knight receives the capital injection, it will have to persuade clients to resume trading with it and identify the reasons behind the software glitch.

Customers including TD Ameritrade and Scottrade said on Friday they would return business to Knight, the nation’s largest retail market maker of U.S. stocks. Others, including Vanguard, said they were not trading with the company yet.

Knight also could face litigation from shareholders who have seen the value of their holdings plummet.
The potential liability could increase if it were found that Knight violated any market rules. The top U.S. securities regulator said on Friday that government lawyers were trying to determine if Knight violated a new rule designed to protect the markets from rogue algorithmic computer trading programs.

Such concerns kept some potential investors on the sidelines over the weekend. Several private equity firms that are usually active in the sector decided against entering the fray as they feared they lacked sufficient time to perform due diligence on those issues, according to sources close to some of the firms.

Bank of America Corp was among the banks that looked at Knight, but was not a likely candidate for a deal, a source familiar with matter said. Bank of America officials declined to comment.

Some online foreign-exchange trading firms also looked into the possibility of buying Knight’s Hotspot FX unit, but it was unclear whether Knight explored that avenue, a source familiar with those discussions said. Knight had also been in talks with restructuring lawyers as it tried to keep its options open, another source said.