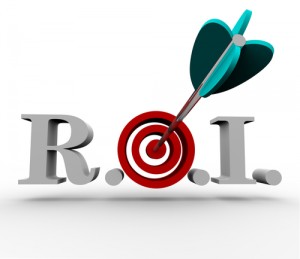 A return to private equity following a five vintage-year break in the mid-2000s has given the Kansas Public Employees Retirement System portfolio a shot in the arm, thanks in part to well-timed investments in non-control distressed and opportunistic credit funds.

Among the best-performing of those funds: Ares Corporate Opportunities Fund III LP, a 2008-vintage fund which as of June 30 last year had generated a 29.5 percent net IRR for the pension fund, according to data obtained from KPERS through an Open Records Act request (see table below).

After a rapid build-up of its buyouts-heavy portfolio in the late 1990s and early 2000s, the $13 billion KPERS moved, somewhat mysteriously, to the sidelines. It committed to no funds from vintage years 2002 to 2006.

Conventional wisdom says that hopping in and out of the market like that can be a mistake. For one thing, it exposes investors to the risk that they miss out on bountiful vintage years in a notoriously boom-and-bust asset class. Vintages 2002 to 2004 turned out to be reasonably strong ones for buyout funds, according to an analysis by sister magazine Buyouts last fall; by contrast, the next two vintages, which ran headlong into the global financial crisis, are shaping up to be disappointments.

It is impossible to say, of course, how the KPERS program would be performing had it kept up a steady pace of commitments during those years. We do know that through year-end the post-hiatus portfolio is so far outperforming the pre-hiatus portfolio on a net IRR basis. That’s a surprising result, given the bite that management fees take out of returns during the early years of fund lifecycles.

KPERS committed just more than $1 billion to more than 50 funds—mainly buyout and distressed debt, but also venture capital and growth funds—covering vintage years 1997 to 2001, according to the data obtained from the pension fund. That group of funds, which KPERS refers to as its alternative investment portfolio (AIP), had generated a 6.3 percent net IRR and a 1.35x net multiple for the pension fund through Dec. 31, according to a year-end investment performance report. A standout performer from those years: Apax Europe V LP, a 2001-vintage buyout fund that generated a 36.9 percent net IRR through last June.

Then came the hiatus, which likely stemmed from the $1 billion that KPERS committed during the program’s first five years. (The CIO of KPERS declined an interview for this piece to answer questions about the hiatus.) Until 2004, state law prohibited the pension fund from having more than 5 percent of its assets in alternative investments. With $1 billion committed by 2002, the pension fund, managing roughly $9 billion at the time, had to be concerned that draw-downs would take its portfolio across the estimated $450 million threshold.

Since 2007 KPERS committed more than $400 million to nearly 20 funds through last June 30, mainly buyout and special situation funds as before. The new portfolio, which KPERS refers to as its private equity portfolio, had generated a 8.1 percent net IRR and a 1.15x net multiple as of year-end. According to the year-end investment report, that qualifies as top-quartile performance: “PEP’s performance to date has been driven by several non-control distressed and opportunistic credit funds that were invested during 2008 and 2009, many of which were able to capitalize on the downturn in the financial markets.”

As a whole, the combined AIP and PEP portfolios had produced a 6.3 percent net IRR and 1.32x net multiple since inception through Dec. 31, according to the year-end investment report.

Some additional facts about the KPERS private equity program:

This column, and table below, first appeared on the Buyouts Magazine Web site.