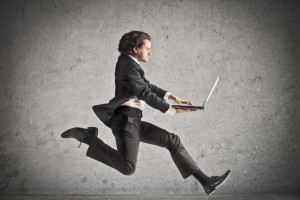 In the private equity world, how fast is fast?

Fund IV had a $3 billion target and was the third oversubscribed institutional private equity fund raised by KPS, according to a statement. KPS did not use a placement agent.

PeHUB, which reported the fundraising in January, said at the time that KPS Fund IV was so hot that it was generating $9 billion worth of interest. (I’m hearing the $12 billion floated today by other news outlets is not accurate, but the $9 billion is still on the money.) KPS’ speedy fundraising is much different than other PE firms, which typically spend roughly 18 months marketing. Dave Rubenstein, a Carlyle Group co-founder and co-CEO, said in February that the global buyout shop will likely spend about 16 to 17 months marketing for its latest U.S. buyout fund, which is much larger and has a $10 billion target.

But KPS isn’t the only firm to have a speedy fundraise. UPDATE: According to Preqin, which looked at U.S. firms raising more than $1 billion, one of the speediest GP’s recently was TSG Consumer Partners. The PE firm needed only two months in 2011 to collect $1.3 billion for its sixth fund. New Enterprise Associates also spent 2.7 months amassing $2.6 billion for its latest fund last year. And H.I.G. Capital, in March, closed its fifth buyout fund at $1 billion. H.I.G. was on the road for a little more than three months for fund V, Preqin says.

Water Street Healthcare Partners also needed less than eight weeks to collect its third fund last year, which closed at $750 million. In 2011, Berkshire Partners spent about four months marketing for its most recent pool, which came in at $4.5 billion.

New York-based KPS, a special situations investor, raised $2 billion with its last pool in 2009. KPS Special Situations Fund III originally closed at $1.2 billion in 2007, but the firm ended up raising $800 million in additional capital that brought total commitments to $2 billion. The pool is generating a net IRR of 20.6%, according to Sept. 30 data from CalPERS. The firm’s second fund collected $404 million in 2004. Performance data isn’t available for fund II.