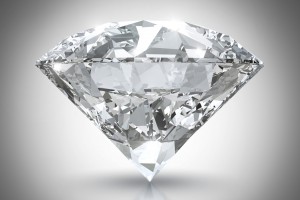 Commanding as much as a 30% carry didn’t stop KPS Capital Partners from closing its fourth fund in record time.

The private equity firm collected $3.5 billion for KPS fund IV in less than three months. KPS, which began marketing on Jan. 31 and closed last Friday, was so hot that it was generating $9 billion worth of interest, peHUB has reported.

KPS Fund III is generating a net IRR of 20.6%, according to Sept. 30 data from CalPERS. The firm has also returned about $2 billion to investors in the past few years.

KPS’ Fund III is above average, based on Sept. 30 fund performance data from Thomson Reuters (publisher of peHUB). As a group, 10 U.S. buyout funds raised in 2009 reported a median IRR of 7.79 percent, with the upper-quartile performers reporting an IRR of 10.85 percent, Thomson Reuters reports.

In raising its new fund, KPS offered investors two options: a 1.75% fee and 25% carry or 1% fee and 30% carry, according to an informed source. KPS fund IV also has a seven-year year investment period.

KPS’ raised $2 billion for its previous fund in 2009. Fund III had a 25% carry and a six-year investment period, the source said.

“The fundraise is a validation of our long-tenured partnership, our operations-focused investment strategy and our ability not only to create value but return it to our investors in cash,” says Michael Psaros, KPS’ co-founder and managing partner.

It’s not clear how many of KPS’ investors chose the 30% option. No LPs fought the premium carry, but that’s because KPS did not allow investors to negotiate the terms, LP sources say. KPS declined to comment on LP negotiations.

Two LPs who are not investors in the KPS fund told peHUB they want to push back against funds pitching a 30% carry. The first LP says that not being able to negotiate terms puts investors in a difficult position. The second source blamed the inaction of the LP community. LPs, particularly pension funds, are very focused on costs, and often talk about the need for best practices and how they want to get a consistent set of terms across the industry, the source says. But then the LPs acquiesce to a fund offering a 30% carry that provides 50 basis points less on management fees, the source says. “Sometimes the LP community is spineless,” the person says.

Still, no one doubts that KPS’ funds have generated strong returns. In December, KPS completed its sale of North American Breweries Holdings to Cervecerίa Costa Rica, a unit of Florida Ice and Farm Co., for $388 million. KPS earned a return of more than 9x invested capital on the sale, Reuters has reported. KPS also sold HHI Group Holdings to American Securities in October. The deal generated a return of 10x invested capital, according to an informed source.

Photo of diamond courtesy of Shutterstock