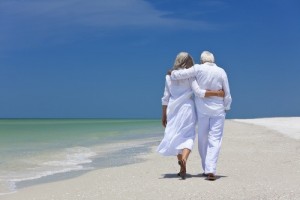 KRG Capital has offered limited partners in its $1.96 billion Fund IV the ability to sell their stakes to a pre-selected buyer, who also will provide the firm a shot of capital into the fifth fund, according to four people with knowledge of the process.

KRG’s tender offer process is being run by Credit Suisse, the people said. Credit Suisse did not respond to a request for comment.

The identity of the buyer is not clear nor is the price at which the buyer is offering to buy out LP stakes. Bruce Rogers, co-founder and managing director at KRG, did not respond to a request for comment.

Two of the people said the tender offer is a way to give LPs in the aging Fund IV an exit option, as well as to give a boost to fundraising for Fund V, which is in the market targeting $500 million, according to a Form D filing from March.

KRG closed its fourth fund in 2007 after about six months in the market, beating its initial $1.25 billion target. The fund was KRG’s largest at the time.

Fund IV was generating an 8.04 percent net internal rate of return and a 1.23x multiple as of December 31, according to alternative assets data providerBison. It’s not clear how much net asset value remains in Fund IV.

What KRG has proposed is similar to a transaction that Ardian did earlier this year, when it acquired a stake in KRG Fund IV through its purchase of a private equity portfolio from the Pennsylvania Public School Employees’ Retirement System, three of the sources said. As part of that deal, Ardian provided a small capital contribution to Fund V, the sources said. Ardian also syndicated part of its acquisition to other buyers, according to one source, a secondary market professional.

Shree Dhond, a spokesman for Ardian, did not respond to a request for comment.

A tender offer is different than a fund restructuring in that LPs simply have the choice to sell or not.

In a tender offer, the GP holds an auction to choose a buyer before making the offer to LPs. Once a buyer is selected, the GP lets the LP base know the offer is on the table.

KRG’s process does have a staple component attached, in which the pre-selected buyer is offering an additional slug of capital to go into Fund V.

In such deals, conflict can arise if an LP in the fund has already chosen a different buyer who is offering a higher price than the GP’s pre-selected buyer. The GP, who ultimately approves secondary trades, can reject an LP’s preferred buyer.