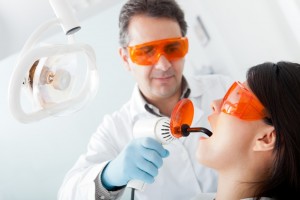 The company’s seven practices perform general dental, periodontic, orthodontic, endodontic and oral surgery procedures, and employs a business model in which the patient spends more time with the dentist early on than is customary at a typical practice in order to plan long-term care, Randall said. The company’s enterprise value is between $10 million and $50 million, he said.

“It’s very much a ‘Let’s see what the state of your oral health is,’” Randall said. “It’s not just about a getting a dental cleaning.”

Roslyn Heights, N.Y.-based Topspin typically invests $5 million to $15 million of equity in its deals, and is about 60 percent invested in its debut buyout fund, a $132 million vehicle it raised in 2007.

Beyond the company’s business model, Topspin was drawn to some trends favoring the dental practice industry. Estimated expenditures for dental care grew at a compound annual rate of approximately 7 percent from 1998 to 2008, and are expected to grow at a rate of approximately 6 percent over the following decade and reach $180 billion by 2019, according to the Centers for Medicare & Medicaid Services.

“There’s a growing awareness of the importance of dental health, that the mouth is a window into health,” Randall said, mentioning research suggesting links between gum disease and more serious, non-dental conditions such as diabetes and heart disease.

Dental practices have a been a fairly popular target for private equity firms in recent years. Other investors in the sector have included Catterton Partners, Friedman Fleischer & Lowe LLC, Freeman Spogli & Co. and DFW Capital Partners.

Though Topspin doesn’t generally invest in health care—it has invested in a medical device company that serves the veterinary market—its executives are comfortable with the dentist practice model because it has a less cumbersome regulatory burden than many health care sectors, Randall said. “We felt like dental care is a unique sub-sector of health care that we could really get our arms around.”