PE Hub
Home News and Analysis PE Deals LANDesk to pay out second dividend to Thoma Bravo, which is out...
Return to search
Scoops & Analysis 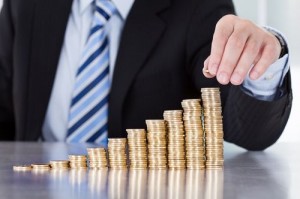 Thoma Bravo, which is out fundraising for its latest pool, is getting more love from LANDesk Software.

South Jordan, Utah-based LANDesk is paying out $200 million in a dividend recap to its PE owner, according to Moody’s Investors Service. The payout is the second owner’s distribution in the past six months, Moody’s said. LANDesk is currently in the market with more than $500 million in loans that will be used to fund the dividend, according to Thomson Reuters Loan Pricing Corp.

LANDesk paid a distribution over the summer,  although It’s unclear how much it issued at the time. Moody’s estimates that LANDesk ’s owners will have taken out nearly 3x their initial investment after the second payout. The company’s pro forma leverage after the second distribution will exceed 6x, while including expenses, leverage will hit about 7x.

The dividend led the rating agency to revise its outlook to negative from stable, while it affirmed LANDesk’s ‘B2’ corporate rating and revised the company’s probability of default to ‘B2-PD’ from ‘B3-PD.’

“The ratings outlook is negative reflecting the limited flexibility the company has in the rating category given their very high leverage, aggressive financial policies and acquisition appetite,” Moody’s said in a Feb. 14 statement. “The ratings could be downgraded if performance deteriorates or if leverage is not on track to get below 6x over the near term. Ratings could be upgraded if leverage is sustained below 4x. Given the aggressive financial policies of the owners an upgrade is unlikely in the near to medium term.”

Thoma Bravo, which has offices in Chicago and San Francisco, invests across multiple sectors but focuses on application and infrastructure software, as well as technology-enabled services. The firm typically invests at least $50 million to as much as $300 million or more per deal, according to its website.

Thoma Bravo acquired LANDesk from Emerson Electric in 2010 for an undisclosed amount. The investment came from the firm’s ninth fund, which raised $822.5 million and closed in 2009.

News of LANDesk’s second payout comes as Thoma Bravo is out fundraising. The PE firm is seeking $2.5 billion for its flagship Fund XI, peHUB reported in January. Thoma Bravo’s prior pool collected $1.25 billion and was generating a 14.64 percent internal rate of return (IRR) as of March 31, 2013, according to performance information from the California State Teachers’ Retirement System.

The firm appears to be in harvest mode as it looks to exit some of its holdings, including LANDesk.

In December, Reuters reported that the firm had put up for sale Hyland Software and LANDesk. That report was followed in January by news that Thoma Bravo was also exploring the sale of Blue Coat Systems, which could fetch around $2 billion or more.

First round bids for LANDesk were expected earlier this month, Reuters wrote. LANDesk, which had around $80 million in EBITDA, could sell for up to 10x EBITDA.

Officials for Thoma Bravo and LANDesk did not return calls/messages for comment.