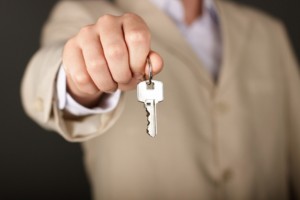 Delaney Brown, the executive who opened alternative asset manager Hermes GPE’s US office in Boston two years ago, has left the firm, a spokesperson confirmed to peHUB.

Michael Langdon, who joined Hermes GPE about two years ago, will take over leadership of the Boston office, the spokesperson said. Langdon joined Hermes GPE from the Massachusetts Pension Reserves Investment Management Board, where he worked as a senior investment officer.

Meanwhile, two market sources said Brown is taking on a role at the Canada Pension Plan Investment Board. That could not be officially confirmed as a CPPIB spokesperson declined to comment.

Hermes GPE was launched in 2010 as a joint venture between Hermes Private Equity and Gartmore, an asset management firm. Gartmore was subsequently acquired by Henderson Group. Hermes GPE builds investment portfolios for its institutional investor clients that provide access to private markets through co-investments and funds, according to the firm.

The firm manages more than $10 billion and is invested in more than 60 co-investments and 200 funds around the world, the firm said. Hermes GPE has 22 investment professionals, with 16 in private equity and six in infrastructure.

CPPIB, meanwhile, made some management changes in its private investments group earlier this year. Shane Feeney was named head of direct private equity investments for the pension system. He joined CPPIB in 2010 from Bridgepoint Capital, prior to which he was a partner and founding member of Hermes Private Equity direct investing business until its transition to Bridgepoint in 2009.

Feeney took over the direct private equity investing role vacated by Jim Fasano, who was named head of funds, secondaries and co-investments earlier this year as part of the management shift. Mark Jenkins was named head of principal investments, making him responsible for overseeing the system’s global private debt and direct private equity programs, according to CPPIB’s web site.