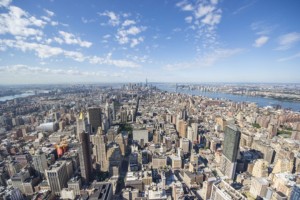 Alternative asset manager Hermes GPE is leaving Boston after only a few years and opening an office in New York as it continues to grow its presence in North America, sources told Buyouts.

Michael Langdon, who has led the Boston office since 2013, has moved into a consulting role and will eventually leave the firm, two sources said. Langdon took over the Boston office after the departure of the former head, Delaney Brown. Brown eventually joined the Canada Pension Plan Investment Board in 2013 working on funds, secondaries and co-investments.

Langdon joined Hermes GPE in 2011 from the Massachusetts Pension Reserves Investment Management Board, where he worked as a senior investment officer.

Saki Georgiadis, a partner who has headed Hermes GPE’s Singapore office, is relocating to the U.S. to open the New York office, according to one of the sources, a person close to the firm. Georgiadis is taking on the new role leading the firm’s international investing efforts, which includes responsibility for Americas, the person said.

Hermes GPE expects to have a total of three to four investment professionals, including Georgiadis, by the end of the year, the person said.

It’s not clear why the firm decided to leave Boston in favor of New York. A spokesman for the firm declined to comment on the decision.

Hermes GPE was launched in 2010 as a joint venture between Hermes Private Equity and Gartmore, an asset management firm. Gartmore was subsequently acquired by Henderson Group. Hermes GPE builds investment portfolios for its institutional investor clients with access to private markets through funds and co-investments.

The firm’s global portfolio consists of investments in about 200 funds and more than 70 co-investments, managing about 3.4 billion pounds (about $5 billion) in private equity assets.

The firm expects that, in the United States, the proportion of co-investments will continue to rise and bring those numbers more into balance, the person said.