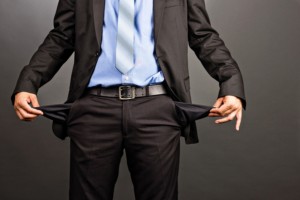 As fallout from the pandemic accelerated, in the second quarter almost 60 percent, or 22 of all non-energy defaulters, belonged to private equity firms, according to a recent Moody’s report. This affected more than $13 billion in leveraged loans and $4 billion in bonds.

Overall, defaults picked up in the first six months of 2020, exceeding the total tally of 2019. The default rate of US speculative-grade companies – those in the lower end of the spectrum – surged to 7.3 percent in June, the highest in a decade.

The forecast ahead is no better, with defaults expected to reach 12.4 percent in the first quarter of next year. Given the growing prevalence of private equity investments in speculative-grade firms, Moody expects the upcoming default cycle to also be led by PE-owned rated companies.

“If you look at PE-ownership in our B3 negative and lower [investment] grade list, around 70 percent of companies are PE-owned,” said Julia Chursin, assistant vice president analyst at Moody’s, referring to lower-rated companies.

“Naturally, you’ll assume most of these companies will default,” she added. Back in 2009, only 45 percent of lower rated companies were PE-owned.

J.Crew Group and 24 Hour Fitness Worldwide were among the six non-energy debt issuers that filed for bankruptcy protection in the second quarter.

Data compiled by sister publication Buyouts showed that in the previous quarter, the highest percent of distressed-rated PE companies were in consumer products/services, followed by industrials. Some notable names in this list include Blackstone’s RGIS Services and TPG Capital’s CDS US Intermediate Holdings, a media and entertainment business.

More importantly, the count of distressed-rated PE companies jumped almost five times to 329 in Q2 from 71 during the same period in 2019. The report includes LBO-backed companies rated by either Moody’s Investors Service or Standard & Poor’s. The status of non-rated private equity-backed companies, which are not obligated to disclose financial data, remains unknown.

But, according to the report, the cushion is unlikely to prevent companies with less certain long-term viability from defaulting.

“In all cases, equity holders are cleaned out in bankruptcy procedures; they are left with almost nothing,” Chursin said. That’s why LBOs owned by PE firms prefer out of court restructurings, she added.

The report cited cost effectiveness of distressed exchanges and better recovery prospects of bankrupt businesses as additional reasons why this trend is likely to amplify.

Including the oil and gas sector, LBOs skipping interest and principal payments, filing for bankruptcy protection and pursuing distressed exchanges made up more than 50 percent, or 38 of all defaulters, in the first two quarters, impacting around $23 billion in loans and a over $6 billion in bonds.

“PE [firms] have capital that we really haven’t seen them use to save the companies,” Padgett said.

On a broader scale, Moody’s outlook for all industries is negative for the first time since 2008 and the size of its B3 negative list stands at an all-time high.