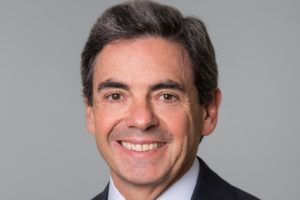 In a mostly-equity transaction, Lee Equity formed one of the nation’s largest independent urological-services providers, encompassing more than 150 providers across more than 60 sites in New York, Ohio, Kentucky and Indiana.

Long in the works, a transaction agreement was first signed in April 2019, prior to which Lee Equity was in exclusive talks with both provider groups for six to nine months, Mark Gormley, partner at the New York firm, told PE Hub.

“We wanted to start with two businesses; it allows you to build a holding structure right at the outset,” said Gormley. There was “a bit of a labor of love in it,” he said.

As Lee has done in the eating disorder and fertility care segments, he said, “we’re trying to build national leaders.”

But the two businesses were initially marketed separately from one another.

The Urology Group, or TUG, hit the market in mid-to-late 2017 via Provident Healthcare Partners, PE Hub wrote. Separately, IMP, the largest urology-centric multispecialty group in the country, tapped Cross Keys Capital in late 2018 for what began as a broad process encompassing a vast number of sponsors, PE Hub reported.

Financial terms of the transaction weren’t disclosed, but TUG was anticipated to fetch a 9x to 10x multiple based on its almost $7 million in EBITDA, as of late last year, one source said. IMP generated approximately $200 million in annual revenue as of late 2018, while TUG posted just south of $70 million, sources previously said.

Lee declined to comment on financial terms, but the outcome falls within its targeted enterprise value range of $100 million to $300 million.

While a mostly equity deal, Solaris was levered in the low 4x range – below typical leverage levels for comparable PPM deals in the 5x to 6x range, a source said.

Structuring the deal correctly was crucial to ensuring physicians remain motivated to grow their practices, said Gormley. “There have been a lot of disasters in physician-practice land and we were trying to be extremely careful in making sure we learned from some of the mistakes.”

When you’re buying a PPM business, you’re really buying physician compensation, he explained. “That’s EBITDA,” said Gormely. “If you buy too much of it, physicians say, ‘how am I going to get back to what I was making?’ People forget about the stock.”

History has shown that leads to problems with physician retention, the investor explained.

Solaris will be led by newly appointed Eric Mason, a seasoned healthcare executive, joined by four new leadership members. IMP’s Kapoor will stay on as chairman and chief ecosystem officer, while TUG’s Kirshwill serve as president.

Lee has long viewed urology as an attractive area for investment for a number of reasons.

An aging population translates to more demand for the services urology provides, be it treatment for kidney stones or prostate cancer. At the same time, there’s a shortage of physicians specializing in urology, accentuated by that increasing demand, Gormley said.

While specialities such as dermatology or dental consist of dozens of private equity platforms, urology has seen little PE investment. Audax Group, J.W. Childs and NMS Capital are among the few existing sponsors in the space to date.

The covid-19 downturn exposed another upside to the specialty, noted Gormley.

“One thing that makes urology [more attractive] than other PPM businesses: 90 to 95 percent of procedures are mandatory,” Gormley said. You can postpone most procedures at most for three months, but generally when it comes to urology, he said, “you don’t have a choice. You’re not going to postpone [a procedure] for a year or two years or just blow it off.”

IMP and TUG were impacted by government-imposed closures on a short-term basis, the investor admitted, but “both practices have come back to almost pre-covid levels, and that’s because you’ve had all this pent-up demand.”