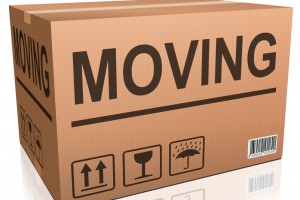 Kenn Lee has left advisory shop TorreyCove Capital Partners after nearly six years to join Cheyenne Capital, a firm looking to parlay its success building and harvesting a private-equity portfolio for the state of Wyoming into a larger business, sister magazine Buyouts reported.

Lee, 38, began as managing director April 1. He has two main roles at the Denver-based discretionary asset manager. Along with sourcing and evaluating fund and co-investment opportunities, Lee will also help develop a growth strategy for the firm and land new institutional clients. Beyond Wyoming its investor base includes a handful of “friends of the firm,” Lee said.

Lee called his departure amicable and his new position “a better long-term fit for me”—in part because of the opportunity to do more discretionary work (earlier in his career Lee worked on growth equity and consolidation deals as part of the investment team at Chicago buyout shop Thoma Cressey Equity Partners). It’s also an opportunity to relocate to Denver, where he grew up. Lee said he plans to relocate from San Diego, where he has leased temporary office space, within the next year.

Founded in late 2003, Cheyenne Capital is best known for constructing and managing a buyout-heavy portfolio of private equity funds and co-investments for the permanent mineral trust fund of the state of Wyoming. Key executives there include John Fitzgerald, a co-founder and managing director who previously had been a partner at law firm Kirkland & Ellis; and Robert Grady, a managing director who is also chairman of the New Jersey State Investment Council.

All told, said Lee, the firm has invested about $348 million for the permanent mineral trust fund and returned some $250 million, with the NAV of the remaining portfolio estimated at more than $237 million as of Sept. 30. The firm has generated a 54 percent net IRR on realized deals and a 3.9x investment multiple after fees, Lee said.

The contract with Wyoming provides for the recycling of distributions, allowing the firm to maintain an annual pace of some $50 million to $100 million in fresh fund commitments and co-investments—three to four funds per year, and about the same number of co-investments, according to Lee. Managers backed by Cheyenne Capital run the gamut from small to mega. On the roster are Arsenal Capital Partners, The Blackstone Group, The Carlyle Group, CIVC Partners, Francisco Partners, Hammond Kennedy Whitney & Co., Institutional Venture Partners, Platte River Ventures and Wind Point Partners.

As a senior vice president at TorreyCove Capital Lee led the buyout investment practice, responsible for recommending some $5.6 billion in commitments. He also helped to manage the day-to-day relationship with client Oregon Investment Council, which oversees the Oregon Public Employees Retirement Fund. President and CEO David Fann and Managing Director Thomas Martin will continue to play a lead role in managing the relationship.

Lee joined the predecessor to private-equity consulting firm TorreyCove Capital, PCG Asset Management, in 2007. It was a tumultuous period for the firm, then struggling to hang on to clients amid turnover among senior staffers.

In late 2011 parent Pacific Corporate Group sold a 70 percent stake in TorreyCove Capital to Mitsubishi Corp., while management retained 30 percent. Since then the firm, led by Fann, appears to have stabilized, and it has also picked up three new clients, including the United Nations Joint Staff Pension Fund. Lee said he believes his is the only significant departure from the firm since the sale. The firm, which has been actively recruiting since late last year, is expected to add to its investment team in the near future.